For the UN Secretary-General, the benefits of making cities more environmentally friendly are “enormous”, and include reduced climate risk, more jobs, and better health and well-being.

Waste can have a devastating effect on public health, the environment, and the climate, but cutting-edge innovation and technology can provide improved, cheaper solutions to the challenge, and help cities and communities to see waste as a business opportunity. This was the message marking World Habitat Day, on Monday, with a focus on waste management. 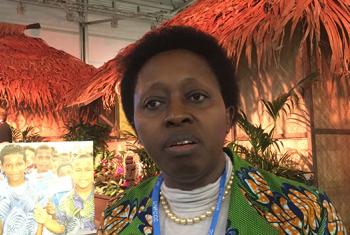 Ensuring that the poor, excluded and marginalized are included in climate talks is one way women leaders can guarantee these discussions are inclusive.

That’s the opinion of the deputy director of UN-Habitat, the UN agency that’s leading the push for adequate housing for all.

Dr Aisa Kirabo Kacyira is in Bonn this week for the latest global conference on climate change, known as COP23. 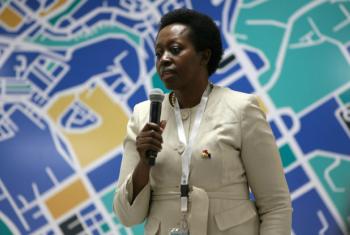 Building the cities of the future is going to involve “collaborative effort,” requiring good leadership and realistic expectations.

That’s the view of Deputy Executive Director of the UN urban agency UN-Habitat, Aisa Kirabo Kacyira, who was the mayor of Rwanda’s capital, Kigali, for five years, up to 2011.

She is a senior member of the team charged with helping cities, countries and regions around the world, realize the ambitious New Urban Agenda, which was agreed at the Habitat III Conference last year. 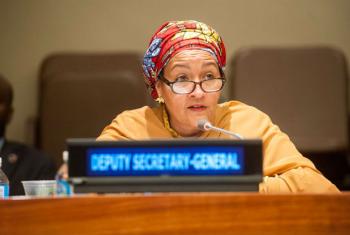 A “bold new course” is needed across the UN system to address the challenges of urbanization in the 21st Century, the UN deputy chief said on Tuesday.

Deputy Secretary-General Amina Mohammed was speaking on the opening day of a High Level Meeting looking at the New Urban Agenda and the working of the UN urban agency, UN Habitat. 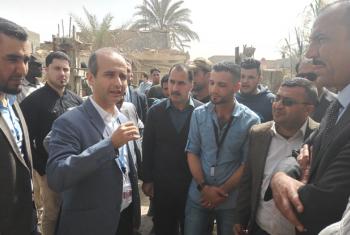 Extensive damage has occurred in the western part of the Iraqi city of Mosul, where a military operation is underway to free neighbourhoods from the terrorist group, ISIL.

That’s according to the most recent assessment by the UN agency working on urban development issues, UN-Habitat.

The study finds that more than 1,140 housing sites have been destroyed and damage to houses is two-and-a-half times greater than in eastern districts of the city, which were liberated earlier this year. 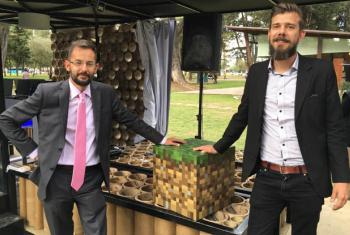 “Pop-up public spaces” combined with what have been described as “democratic three-dimensional tools” are proving an effective way to engage poor communities in urban design.

That’s the view of Pontus Westerberg, of UN-Habitat, the UN programme for sustainable cities.

He is the manager of the Block by Block initiative, a collaboration between UN- Habitat and the makers of the videogame Minecraft. 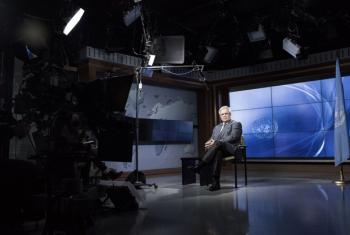 The process of urbanization has “huge potential and also huge risks” according to the senior UN official leading the biggest conference on world cities in 20 years.

“Habitat III”, as it’s known, begins this weekend in the Ecuadorian capital, Quito, and thousands will be attending from around the globe, to adopt The New Urban Agenda.

It sets new global standards for the sustainable growth of cities and towns.