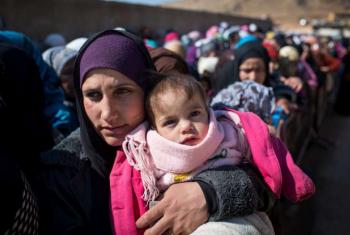 Food-insecurity is rising for Syrian refugees living in Lebanon, many of whom are resorting to what have been described as “negative coping strategies” such as eating only one meal per day.

That’s according to the latest annual study carried out by UN agencies providing humanitarian relief in Lebanon, which is hosting more than a million refugees.

The survey finds that “an alarming 71 per cent” of Syrian refugee households are still living below the poverty line, which in Lebanon stands at US$3.80 a day. 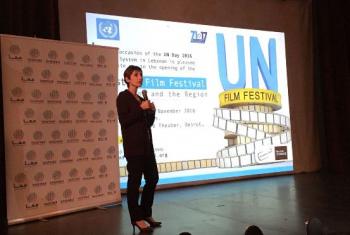 A film festival has been held for the first time in Beirut, Lebanon, in an attempt to expose the plight of Syrian refugees settling in the country.

Mirielle Girard, the UN’s Refugee Agency’s (UNHCR) representative in Lebanon, said that the festival is aimed at showing people what is “behind the statistics”.

She added that xenophobia in Lebanon is “mounting” due to slow economic growth caused by the war in Syria and refugees overcrowding the country’s population. 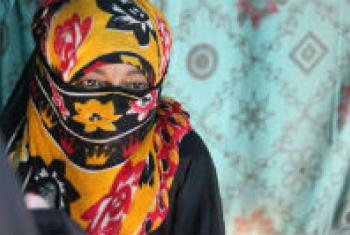 Yemen conflict having “devastating” effect on women of reproductive age 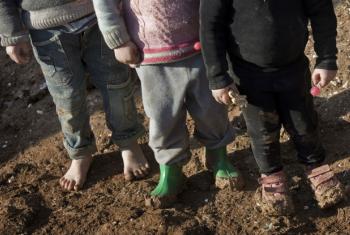 Increasing the number of places that Syrian refugees can call home is among the aims of an international conference in Geneva on Wednesday.

Representatives from more than 90 governments are meeting in efforts to expand resettlement options and other solutions for the millions of people who have fled the country.

Five years of continuous fighting in Syria has created what the UN says is the largest global displacement crisis. 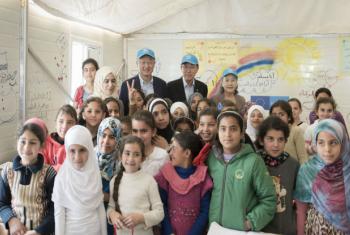 The Syrian conflict, now in its sixth year,  has generated the largest displacement crisis globally.

Countries in the Middle East and North Africa are hosting nearly five million people who have fled the violence and insecurity.

The UN Secretary-General and the President of the World Bank were in the region to show their support and appreciation for these nations, but also to highlight the tremendous need.

Dianne Penn reports on their visit on Sunday to the Zaatari camp in Jordan, home to nearly 80,000 Syrian refugees. 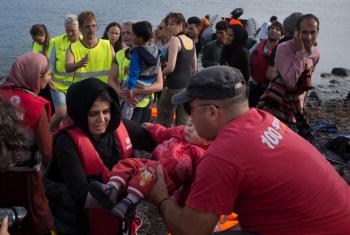 Syrian refugees have been speaking of their relief at reaching Greece safely with their families.

One villager, who fled Aleppo and arrived on the island of Lesbos thanks to the Greek coastguard, told the UN he “wanted to cry inside….from happiness.”

More than 500,000 refugees and migrants arrived on the island last year, and this year alone, another 100,000 have made the dangerous journey across the Mediterranean. 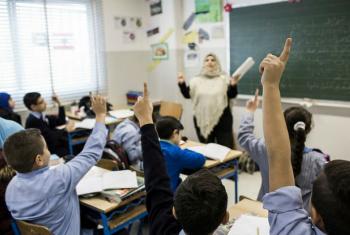 With more than US$10 billion pledged, Syrian refugees also deserve the chance to work and go to school, to prevent radicalization and despair.

That was the impassioned plea from UN Secretary-General Ban Ki-moon on Thursday, as more than 70 world leaders gathered in London for a UN conference on the humanitarian crisis continuing in Syria, and along its borders. 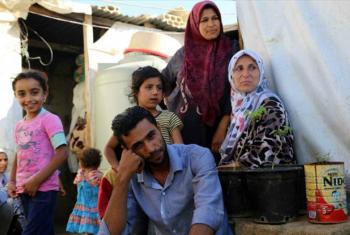 The vulnerability of Syrian refugees in Lebanon has “skyrocketed” over the last year, according to a new report released by a group of UN agencies.

An estimated 70 per cent of Syrian refugees in Lebanon are now living below the country’s extreme poverty line. That’s up from 49 per cent in 2014, according to the annual Vulnerability Assessment of Syrian Refugees. 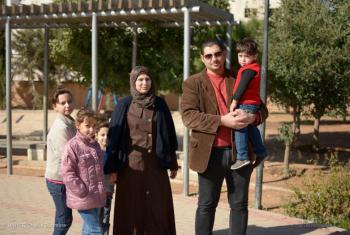 Syrian refugees are continuing to arrive in the United States, despite public fears and political opposition.

The UN Refugee Agency (UNHCR) says that around 1,200 of them have been resettled from Jordan to the US this year.

Matthew Wells reports on the hopes of one Syrian restaurant owner who’s bound for the state of Tennessee this month, together with his family, as fears fuelled by some US politicians, grow.