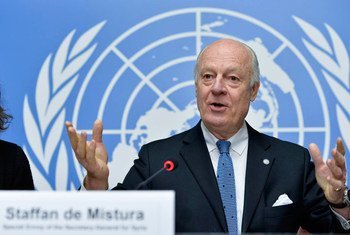 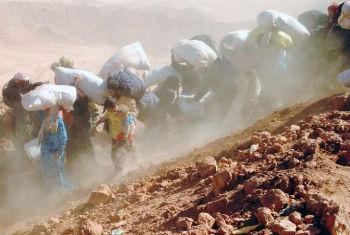 The crisis in Syria has to come to an end as no one is benefiting from the violence except terrorists, according to the UN envoy for the country. 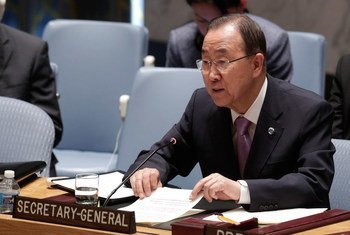 29 July 2015
Describing the more than four years of “slaughter” in Syria as a “shameful symbol of the international community’s divisions and failure,” United Nations Secretary-General Ban Ki-moon today appealed to the Security Council to endorse his Special Envoy’s recommendations on reaching the political solution that “all parties claim to support.” 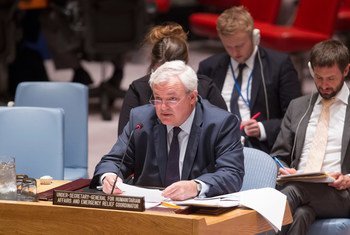 28 July 2015
A political solution is more urgent than ever to end the “futile, hopeless” cycle of brutality and violence in Syria, the top United Nations humanitarian official said today, urging the Security Council to consider its options through “the eyes of the beleaguered, now long-suffering” civilians. 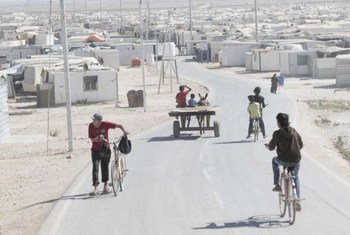 28 July 2015
Living conditions for more than half a million refugees living in Jordan is becoming increasingly tough, the United Nations refugee agency warned today on the eve of the third anniversary of the establishment of Za’atari camp, which has grown into the largest refugee camp in the Middle East. 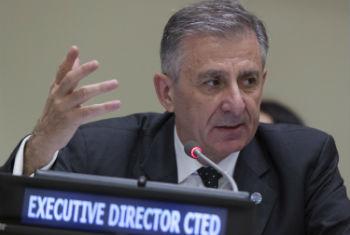 Approximately 20,000 foreign combatants are fighting for extremist groups in conflicts such as the ongoing crisis in Syria.

That’s according to the Counter-Terrorism Committee which was established by the UN Security Council. 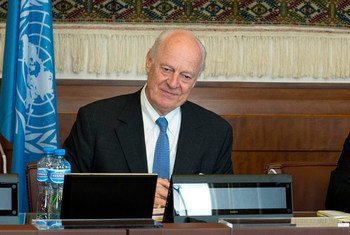 23 July 2015
Wrapping up his tour of the region, the United Nations Special Envoy for Syria, Staffan de Mistura visited Damascus today, where he met with senior Government officials on ways to maintain momentum towards a political solution to the crisis in the country, which is entering its fifth year. 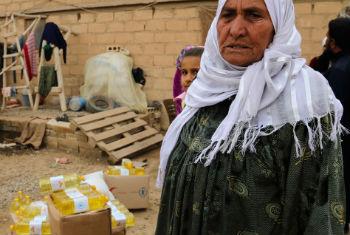 The ongoing conflict in Syria has pushed more than half the population into hunger and poverty, according to the UN Food and Agriculture Organization (FAO) and the World Food Programme (WFP). 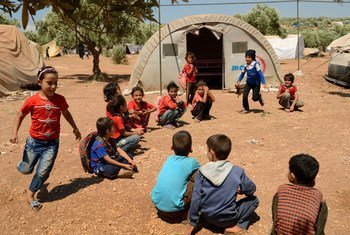 22 July 2015
The United Nations Special Envoy for Syria, Staffan de Mistura, has expressed deep concern at the plight of civilians in Zabadani, in the wake of credible reports that overnight, a large number of barrel bombs were dropped on the north-western city. 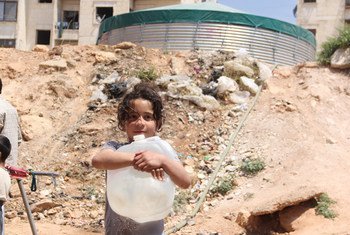 22 July 2015
The restoration of water supplies to the war-torn Syrian city of Aleppo has come as a welcome relief to residents whose taps have run dry in recent weeks due to the fighting and frequent power cuts, the United Nations Children’s Fund (UNICEF) said today, as it stepped up efforts to assist the local population.