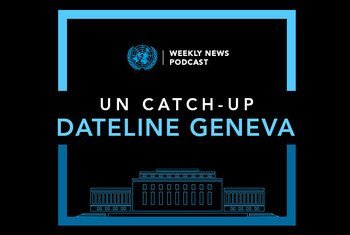 UN Catch-Up takes us from talks over the divided eastern Mediterranean island of Cyprus, to the deadly stretch of water that separates North Africa from Europe, scene of a particularly disturbing migrant shipwreck this week.

We’ll also hear an alert from UNICEF in the Central African Republic over ongoing violence that’s leaving youngsters vulnerable to exploitation – and a warning from the UN agency for sexual and reproductive health, over the devastating consequences for women, girls and their families from the UK’s $180 million funding cut.

A shipwreck in the Mediterranean Sea that claimed the lives of 130 migrants last week, has reignited the debate about why more can’t be done to protect these vulnerable people who’ve risked everything.

A shipwreck off the Libyan coast has reportedly claimed the lives of 130 people, despite SOS calls for help, the UN migration agency IOM said on Friday.

The International Organization for Migration (IOM) on Thursday reported yet another devastating shipwreck in the Central Mediterranean, which has claimed the lives of at least 74 migrants off the coast of Khums, Libya. It is the eighth such incident since the beginning of October. 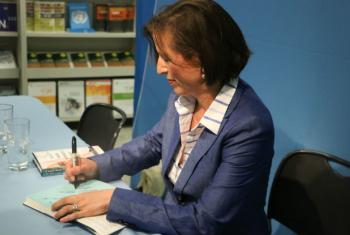 A young Syrian refugee woman’s remarkable story of surviving “one of the worst shipwrecks in the Mediterranean” has been told in a book written by the chief spokesperson for the UN refugee agency.

Although she has heard many stories of resilience over the course of her career, Doaa Al Zamel’s story haunted her, Ms Fleming said.

She was among 11 people who survived when a boat carrying 500 people sunk at sea back in 2014.

A shipwreck found off northern Haiti could not be the Santa Maria, the flagship of Christopher Columbus's first crossing of the Atlantic, the United Nations cultural agency today reported.