Podcast The Lid is On 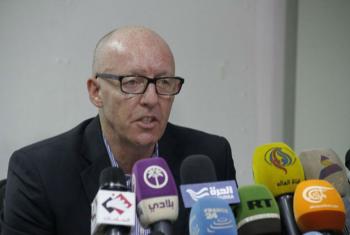 This year’s UN Response Plan for Yemen, describes the war-torn country as “the worst man-made humanitarian crisis” in the world, with more than 22 million people – around three-quarters of the total population – in need of help.

Over the past few years, it’s the voice of Humanitarian Coordinator Jamie McGoldrick, that has been drawing the world’s attention the most loudly, and the most often, to Yemen’s plight. 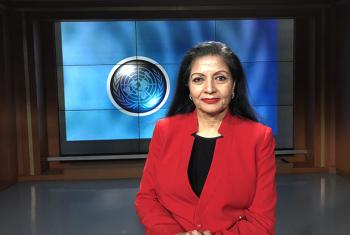 2017 was a watershed year for women and women’s rights around the world.

From the Global Women’s March last January, to the #MeToo movement, women around the world stood up and demanded their right to be heard.

They insisted on the right to thrive in an environment free of violence, discrimination, harassment and stigmatization. 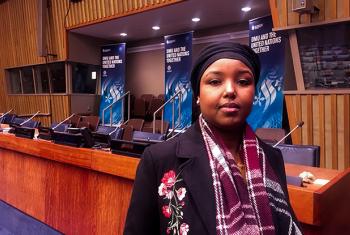 Somali refugee ZamZam Yusuf has a message for any neighbours who think she doesn’t have the right to call Leicester, in the English Midlands, home.

“I would like to offer you a cup of tea” at my house, says the 30-year-old mother-of-four, who came to UN Headquarters in January, as world leaders prepare to debate the first ever global compact for migration. 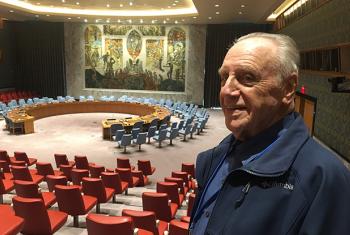 He was one of the UN’s very first staff members, and 72 years on, Robert Kaminker is still advocating for peace and the power of the organization to ultimately “save the world”.

Although he retired in the early 1980s, his enthusiasm for explaining how the UN works and can help people everywhere lead better lives, never waned.

At 90, he is still hosting a weekly radio show in his native France, called “L’ONU vous concerne”, which translates as “The UN Matters”. 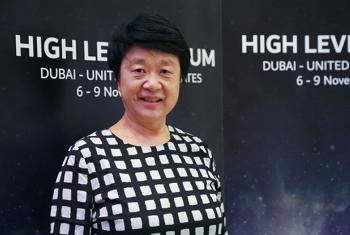 Astronaut Chiaki Mukai broke all the way through Earth’s stratosphere to become the first Japanese woman in space.

For this latest edition of our podcast series, The Lid Is On, she sat down with Dianne Penn at the recent High Level Forum on Space, held in Dubai and organized by the UN Office for Outer Space Affairs (UNOOSA) together with the United Arab Emirates Space Agency. 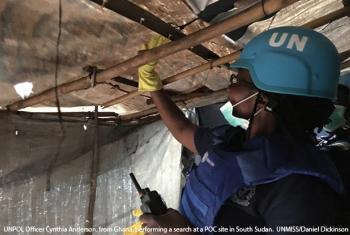 Defending the vulnerable from attack is one of the important duties of a UN peacekeeper, but what do you do when you come across a secret safe that may contain weapons, hidden away in a camp designed to protect civilians?

That’s one of the real-life dilemmas facing a UN police patrol in this latest edition of our podcast series from UN News, The Lid Is On. 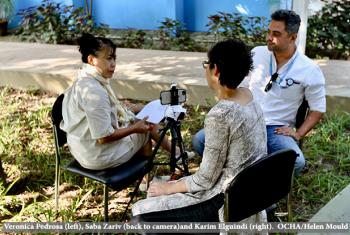 The UN chief has called the plight of the Rohingyas in Bangladesh a “humanitarian and human rights nightmare”.

So what has it been like trying to ease the suffering on the ground?

For this latest edition of our UN News podcast, The Lid Is On, we’ll take you inside the biggest and fastest exodus of refugees since the Rwanda genocide of 1994. 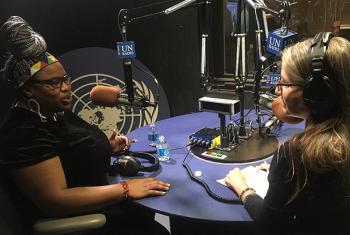 How do you overcome years of sexual slavery, despite scars which will always remain?

Grizelda Grootboom knows the answer, and in September, she joined the Secretary-General at the UN’s main podium, to tell her story.

She came to urge the General Assembly to adopt a Political Declaration to end the scourge of human trafficking, telling delegates that they had to put victims’ needs first. 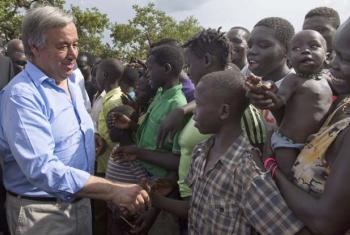 In his first interview for UN News, Secretary-General António Guterres tells us there needs to be a "surge in diplomacy for peace", and that global problems need global solutions beyond the capacity of any superpower.

He tells Reem Abaza that climate change is "undeniable" and inextricably linked to the 2030 Sustainable Development Goals. 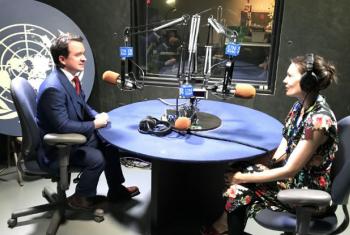 If someone wanted to harm you or your family, what could they learn by looking at your social media profile?

That’s one of the key questions Paulina Greer puts to Neil Walsh, the head of global cybercrime for the UN Office on Drugs and Crime (UNODC), in this latest edition of our podcast series, The Lid Is On.

The episode features a frank and in-depth look at what the UN is doing to try and protect children from being sexually abused online.