In this week’s show we’re covering: Belarus, Eritrea and the US at the Human Rights Council, during the first week of its month-long new session in Geneva.

And after gunmen abducted around 40 students and teachers from a boarding school in rural Nigeria, an interview with UN Children’s Fund (UNICEF) country representative Peter Hawkins; such attacks are a way of life, he tells us... not forgetting closing comments from regular guests Solange Behoteguy-Cortes and Alpha Diallo. 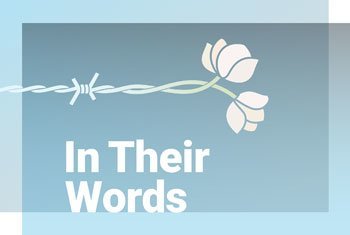 Broni Zajbert was six years old when Nazis forced his family into the Łódź Ghetto where he, his brother and parents witnessed the hunger, sickness and death that preyed upon Jews in their living quarters.

For five years, the family of four watched anti-Semite SS officers deport thousands of Jews on trains, never to return. Mr. Zajbert’s parents did everything in their power to keep their family alive, despite the nightmarish conditions in which they lived.

He speaks to Natalie Hutchison for this edition of In Their Words: Surviving the Holocaust. Finding Hope.

Podcast: Escape from Warsaw’s Ghetto - Memories of a Child Witness

When Halina Wolloh was four, her grandfather hid her from the Nazi regime – behind a stack of textiles.

When her father decided to move the family from the Warsaw Ghetto, she learned The Lord’s Prayer in Polish, in case her identity was questioned.

Having previously participated in a UN Holocaust remembrance event, Mrs. Wolloh sat down with Natalie Hutchison to detail her testimony in this edition of In Their Words: Surviving the Holocaust. Finding Hope about how, even in the darkest of times, expressions of humanity emerge.

In this week’s show, the week’s top stories from the UN covering new coronavirus developments and Myanmar at the Human Rights Council - we also hear how COVID-19 has had a “profound” impact on cancer care everywhere from a World Health Organization (WHO) expert, who explains what that has meant for sufferers - and doctors grappling with a “treatment trade-off” and questions over vaccination…

And, not forgetting piercing insight from regular guests Solange Behoteguy-Cortes and Alpha Diallo. Thanks for listening.

In this week’s 15-minute catch-up, we hear from the UN Refugee Agency on efforts to stop human traffickers from exploiting vulnerable people who’ve lost their jobs because of COVID-19, plus the week’s top stories from the UN and comments from regular guests Alpha Diallo and Solange Behoteguy-Cortes – with poetry to boot from Uruguayan scribe Eduardo Galeano. Enjoy the show!

Featuring the week’s main top stories from the UN – including an interview with ILO’s Dorothea Schmidt-Klau on how COVID-19 has created the greatest crisis faced by the world of work since the Great Depression.

We have the latest on fighting Yemen, and the rusting supertanker Safer, off the Hudaydah coast, plus an appeal from UN-appointed independent rights experts over the cremation of coronavirus victims in Sri Lanka. Host Daniel Johnson will be joined by regular guests Solange Behoteguy-Cortes and Alpha Diallo.

In addition to the week’s main news headlines focusing on President Biden’s potentially massive boost to global cooperation, we’ll be hearing from Myanmar, where the UN is helping to tackle child labour.

Plus, insight from guests Solange Behoteguy-Cortes and Alpha Diallo…thanks for listening!

This week’s show features the week’s news headlines, an interview on the first post-COVID global survey on people’s priorities with UN75 chief Fabrizio Hochschild, and a rendition of one of the longest words in the indigenous Aymara language from Latin America – tune in to find out more…

In this week’s show, comedian AK Dans explains how he’s on a mission to challenge stereotypes about his fellow refugees. We’ll have news headlines and insight on migration in Latin America and West and Central Africa, from regular guests Solange Behoteguy-Cortes, and Alpha Diallo, of the Information Service at UN Geneva. 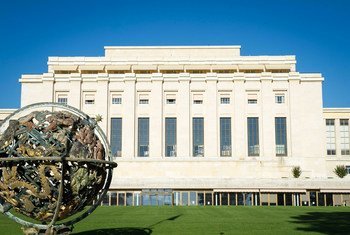 This week’s show hears from Liz Corbin from public service broadcaster the European Broadcasting Union (EBU) she gives us all sorts of insight into the difficulties of getting “life or death” news out to people everywhere in the age of COVID.

Plus, a quick round-up of the week’s other stories. 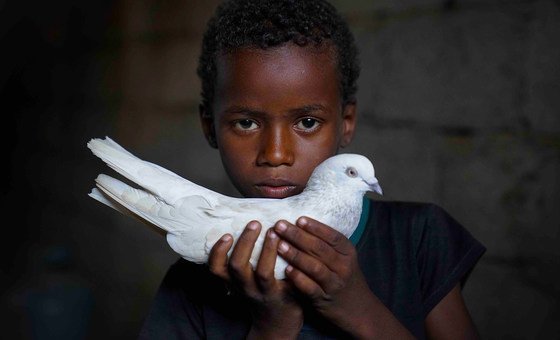 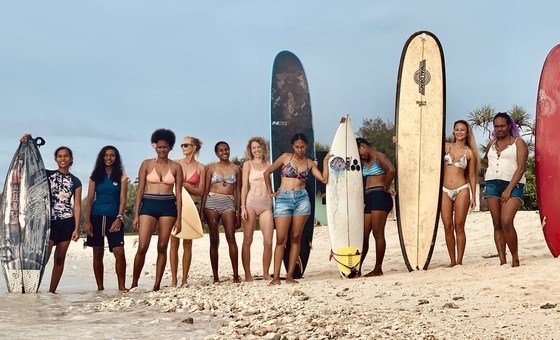