That, according to the United Nations General Assembly President Miroslav Lajĉák, is one of the key reasons why he convened this week’s landmark meeting, devoted to strengthening UN peacebuilding.

The imbalance between spending on conflict, and spending on peace, must be tackled head-on, Secretary-General António Guterres said Monday, urging the United Nations to rally all international actors “for our efforts across the peace continuum – from prevention, conflict resolution and peacekeeping to peacebuilding and sustainable long-term development.” 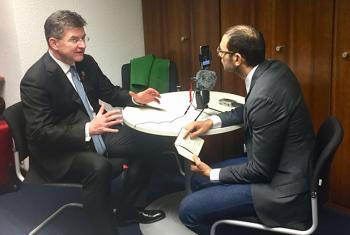 Katharina Kandt /Office of the President of the General Assembly

During the high-level debate in the UN General Assembly, more than 80 per cent of world leaders mentioned climate change in their speeches: an indication of the “urgency” of this issue.

That’s according to the man overseeing the UN body in which all 193 member states have equal representation. 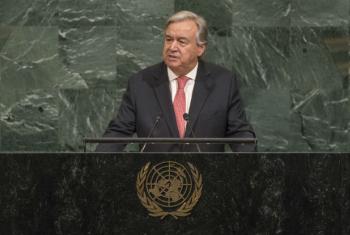 “We are a world in pieces” that needs instead to become a “world at peace.”

The words of the UN Secretary-General António Guterres on Tuesday, at the opening of the UN General Debate, when every country gets to address the 193-member General Assembly in New York.

President of the United States Donald Trump said Member States needed to confront what he called “wicked” rogue regimes, adding that it might be necessary for the US to “totally destroy” North Korea if it failed to stop its nuclear weapons programme. 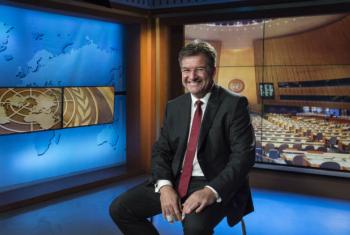 The incoming UN General Assembly President hopes to deliver “concrete solutions” and “results for the people” during his year overseeing the work of the 193-member body.

Miroslav Lajčák, a career diplomat from the Eastern European country of Slovakia, told UN News just ahead of taking charge of the gavel for the 72nd session on Tuesday, that conflict and migration would be his key priorities.