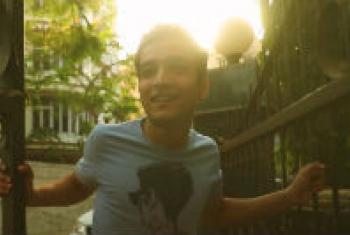 LGBTI workers get a boost from UN’s Michael Møller 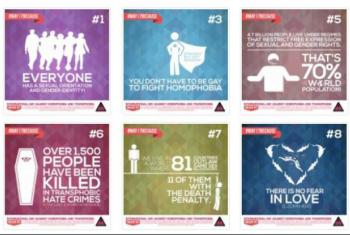 Violence and abuse against lesbian, gay, bisexual, transgender and intersex people (LGBTI) has to stop, including in the workplace, UN staff said on Wednesday.

UN-GLOBE, the group representing the organization’s LGBTI workers, made the appeal on the International Day Against Homophobia and Transphobia (IDAHOT).

The day is held on 17 May to commemorate the World Health Organization’s (WHO) decision in 1990 to declassify homosexuality as a mental disorder. 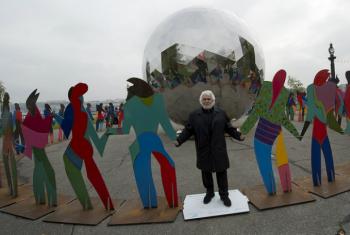 Using the arts to promote human rights and making change happen are the ambitious goals of one artist whose work has been unveiled in Geneva.

The piece has been erected by the lake front in the Swiss city to celebrate the work of the United Nations on UN Day, held on 24 October. 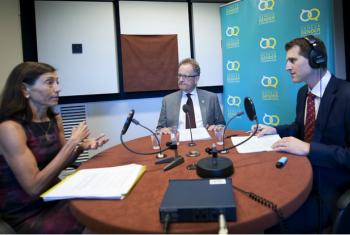 Empowering women and girls is a key target of the Sustainable Development Goals agreed by world leaders last year; it’s also at the heart of a new campaign to break down gender barriers everywhere. 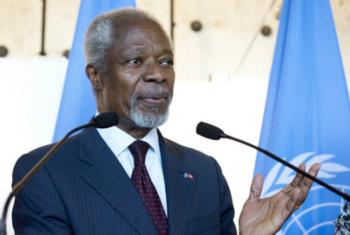 The push for a mine-free world has come a long way since a global treaty banning the weapons came into force in 1999, but the time has come to make one last collective effort, Kofi Annan said Wednesday. 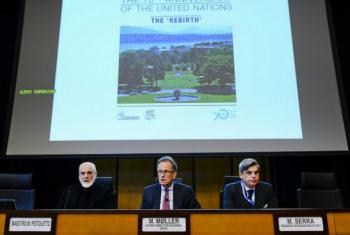 Twenty-fifteen is a critical year for the UN which needs to find “new ways of working” if it’s to meet ambitious development goals, according to the head of the United Nations in Geneva.

Michael Moller, Director-General of the UN in the Swiss city, made his comments as the organisation prepares to mark its 70th anniversary with a grand open day at the historic Palais des Nations.

A key feature of the event is the unveiling of a sculpture featuring great blocks of stone from all 193 member nations on Saturday 24 October. 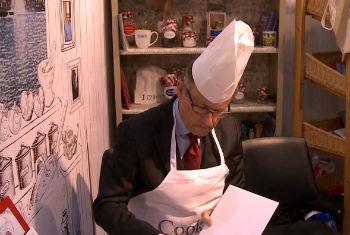 Highlighting the impact of decisions reached in Geneva is the aim of a cookbook with a difference that’s been concocted by Michael Moller, Director-General, ad interim of the United Nations Office at Geneva.

The book "Recipes For Peace, Rights & Wellbeing" has contributions from 60 UN agencies and partners in the Swiss city.

Among genuine recipes from acclaimed chefs, the edition also offers up dishes including “ethical fashion” and “a fairer, more secure world”.