With many rural areas in Haiti still recovering from the devastation caused by Hurricane Matthew in 2016, the International Fund for Agricultural Development (IFAD) announced on Thursday that it is investing $10.8 million help restore agricultural productivity in some the worst affected areas of the island nation. 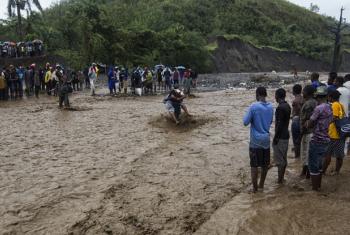 A popular UN-backed radio drama series is teaching people in Haiti how to stay alive when disasters hit, the producer of the show, Christina Guerin, has said.

While Haiti was still recovering from a devastating earthquake that ravaged the island nation in 2010, Hurricane Matthew caused further deadly destruction in October last year.

The UN Office for Disaster Risk Reduction (UNISDR) has been supporting the “Tim Tim” drama series with an aim to inform and educate people on disaster prevention. 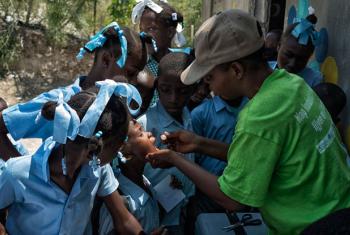 Challenges facing the Haitian government and UN teams, working to vaccinate 800,000 people from cholera, can be overcome to reach the most vulnerable. 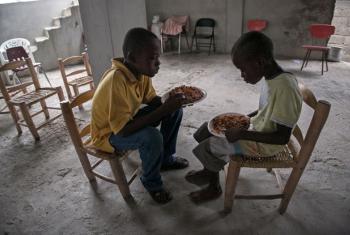 Children who have been affected by the hurricane which struck Haiti one month ago face a desperate situation which is likely to persist for the “foreseeable future”, according to the UN Children’s Fund (UNICEF).

Hurricane Matthew struck the Caribbean island on October 4th, killing some 400 people according to government estimates and leaving more than 1.4 million in need of humanitarian aid. 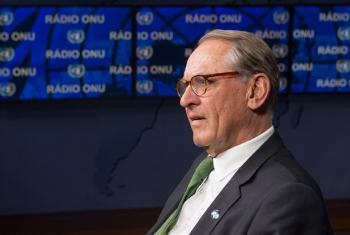 The UN is determined to “do the right thing” on behalf of the Haitian people when it comes to the damaging effects of cholera and Hurricane Matthew.

That’s the pledge from Deputy Secretary-General Jan Eliasson, who said a package of measures would be presented soon to help eliminate the cholera outbreak which has affected an estimated 780,000 Haitians.

A United States appeals court recently upheld the UN’s immunity from a damage claim filed on behalf of victims, blaming the organization for the outbreak. 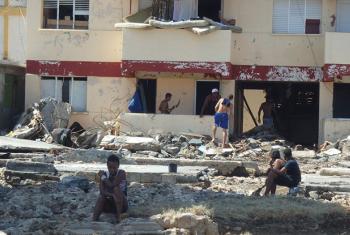 Some 350,000 people in eastern Cuba have been affected by Hurricane Matthew, according to a senior UN official in the country.

UN Resident Coordinator Myrta Kaulard said debris left by the storm which struck earlier this month has made some hard-to-reach areas in Guantánamo province even more difficult to access.

While 1,600 homes were destroyed, Ms Kaulard reported that no lives were lost due to Cuba’s disaster preparation efforts. 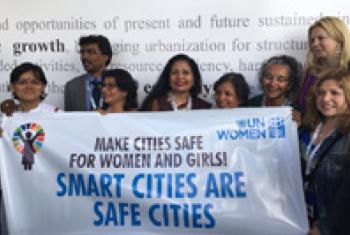 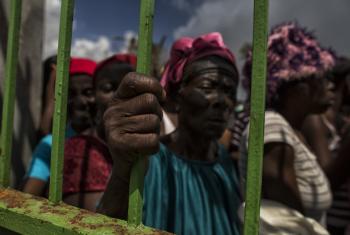 People in Haiti are frustrated that they are not getting the help they need to deal with a cholera outbreak on the Caribbean island; that’s according to a senior UN official who has been visiting the country.

The devastation caused by Hurricane Matthew which struck the country earlier this month has increased the risk of illness, including water-borne diseases such as cholera. 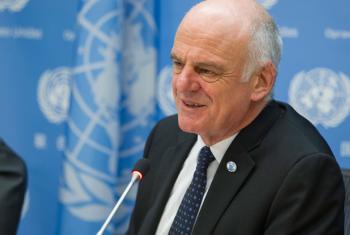 Reducing the impact of cholera and supporting people and communities affected by the disease is the goal of a new UN approach in Haiti, where more than 9,000 deaths have occurred since a 2010 outbreak.

Cholera is spread through contaminated food and water and it is feared that the destruction caused by Hurricane Matthew earlier this month, particularly in the south-west of the country, could spark further cases.

The strategy was presented to ambassadors in New York ahead of the UN Secretary-General’s visit to Haiti this past weekend. 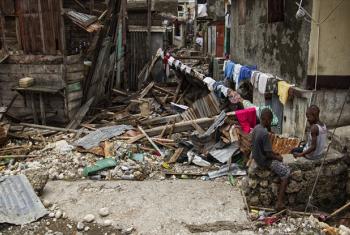 The extent of the damage due to Hurricane Matthew across Haiti is “massive”, according to UN staff who are working in the hardest hit areas.

Najwa Mekki of the UN Children’s Fund, UNICEF, said that it would likely take “years and years” for the affected populations of the Caribbean island to recover.

She was speaking from Les Cayes, one of the towns devastated by Matthew, which struck on 4 October.