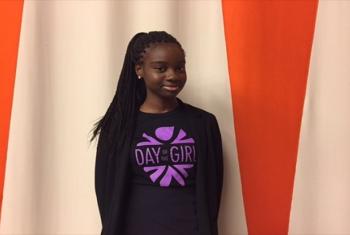 One young woman from the United States has been telling the UN what it takes in her view, to become a civic leader.

Hariella Lawson, 17, says that the key is being open to any opportunities that may arise.

The New Jersey native was at UN headquarters in New York, talking about how girls can put themselves at the centre of public and government affairs.

According to UN Women, only 22% of parliamentarians around the world are women.

There are only ten serving as Head of State, and only nine leading their national governments.