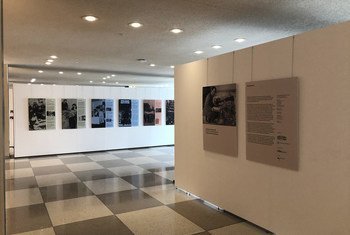 Some were workers, some teachers, some neighbours. Many ordinary people enabled the Holocaust simply by doing their jobs. Some made the choice to help, while others decided to join in with the persecution, betraying Jewish friends and classmates.  But what “fuelled the Holocaust was antisemitism” which didn’t end with the defeat of the Nazis, and “continues today”, affecting all of society.

That’s according to Tad Stahnke, William and Sheila Konar Director of International Educational Outreach, part of the William Levine Family Institute for Holocaust Education, at the US Holocaust Memorial Museum.  He was at the United Nations Headquarters in New York for the Holocaust Remembrance Week and spoke to UN News’s Ana Carmo.

Mr. Stahnke started by talking about the Memorial Museum’s exhibition “Some were Neighbours”, which examines the role of ordinary people in the Holocaust, and the variety of motives that influenced individual choices. The traveling exhibit will be on view at the UN in New York, until 23 February, and across the world through the UN Information Centres. 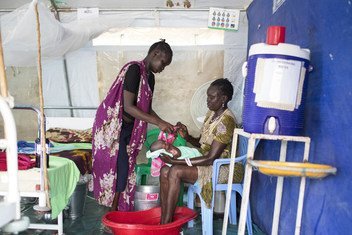 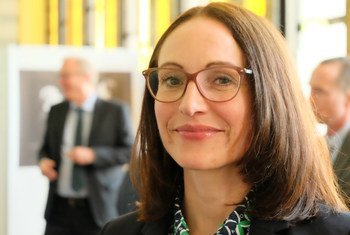 70 years of reporting from the UN: celebrating the ‘the first draft of history’

On Monday, a new photography exhibition was officially opened in Geneva that celebrates the work of journalists over the last 70 years or so. In an interview with UN News’s Daniel Johnson, Nina Larson, President of the Association of UN Correspondents in Geneva (ACANU), describes what it’s like writing the “first draft of history” day in, and day out. 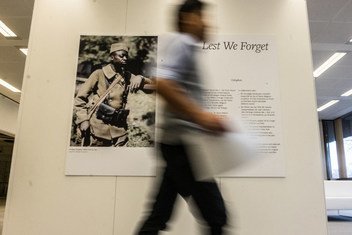 It’s a little-known fact that soldiers from every African country took part in the First World War, which ended exactly 100 years ago last month.

To remember them – and those from even further afield who also made a major contribution – an exhibition at the UN in Geneva hosted by the Mission of Belgium has provided a fascinating insight into their experiences on the front line in Northern Europe from 1914-18. 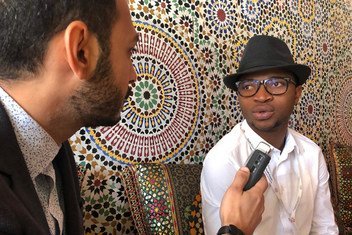 If countries help educate incoming migrants and refugees, they will no longer be viewed as a problem, but a valuable resource, said a 20-year-old from Côte d’Ivoire, speaking on behalf of young people, ahead of the adoption of the new UN Global Compact for Migration in Marrakech, Morocco.  Kader Diabate made the voyage alone to Italy on one of the world’s most dangerous routes – through Niger and Libya, and across the Mediterranean Sea.  He spoke to UN News’s Mustafa Al Gamal about his extraordinary journey. 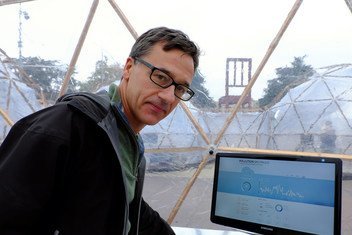 Artist’s ‘pollution pods’ kick up a stink for cleaner air

Have you ever gotten to experience a carefully-selected whiff of toxic air? That’s what the UN has in store for you in Geneva, in a new art exhibit, of interconnected pods, each containing a chemical cocktail simulating air pollution levels in big cities like Sao Paolo and New Delhi.  It’s called “Pollution Pods”, and, the creator, British artist Michael Pinsky, took UN News’s Daniel Johnson, on a swift sensory tour. 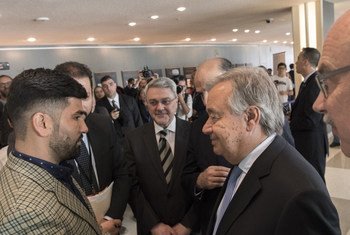 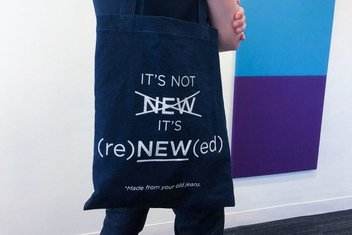 Straight, flared or even as a rug, denim raises fashion to sustainable levels

When people talk about recycling, plastic bottles often come to mind — but what about that favourite old pair of jeans that have grown just a bit too tight?  According to Lori DiVito, recycling denim is a creative way to reach the Sustainable Development Goals  (SDGs)– as she pointed out on the margins of the UN High-Level Political Forum (HLPF) at UN Headquarters in New York this week. Ms. DiVito spoke with UN News. 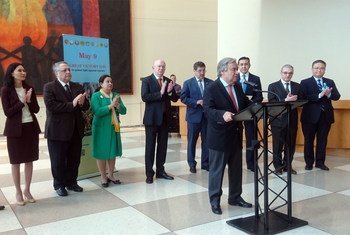 Paying tribute to all victims of the Second World War – on whose ashes the United Nations was founded – Secretary-General António Guterres described this year’s commemoration as more meaningful than any that has gone before. 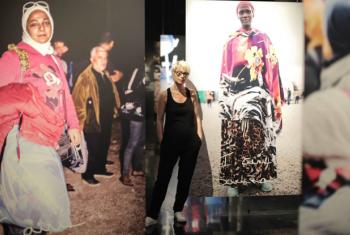 Copyright I AM with them

A photography project which aims to give refugees and migrants their identity back has opened at UN Headquarters in New York.