The entire credibility and relevance of the United Nations will be called into question unless the General Assembly finally takes a lead on reforming the Organisation’s most powerful body responsible for peace and security issues, the Security Council. 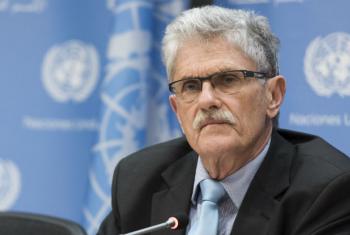 “We are in uncharted waters” that's the assessment of the President of the UN General Assembly on the appointment of the world's most senior diplomat, the next man or woman, to head the United Nations.

According to the organization’s Charter, the UN chief is appointed by the General Assembly following the recommendation of the Security Council. 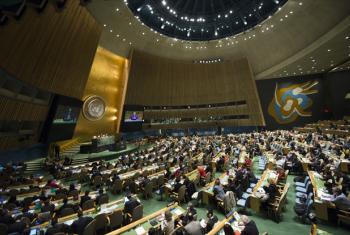 This year’s selection process for the next UN Secretary-General is “the most transparent and open” that there has ever been.

That’s according to Dan Thomas, the Spokesperson for the President of the 70th session of the UN General Assembly, Mogens Lyyketoft .

The Assembly, composed of all 193 Member States, is the main deliberative, policy-making and representative organ of the UN. 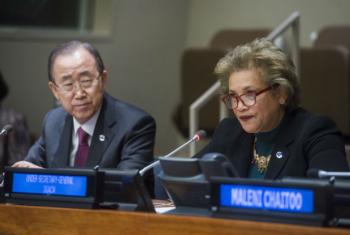 The General Assembly is “at the heart” of the United Nations, according to the head of the UN Department which supports dialogue and cooperation among the 193 countries that make up the global organization.

Catherine Pollard is Under-Secretary-General for General Assembly and Conference Management (DGACM) the largest Department in the UN Secretariat.

Veronica Reeves spoke to Ms Pollard and asked her about the importance of the General Assembly. 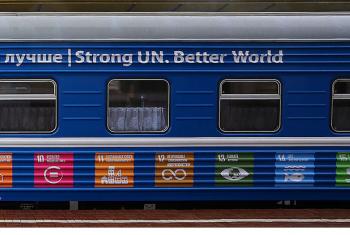 A train known as the UN70 Belarus Express is helping to spread the word about the new Sustainable Development Goals (SDGs) throughout the Eastern European country.

The train has been making its way around Belarus this week.

Film screenings, concerts, exhibitions and workshops on the goals have all been featured on board, in eight different cities.

The 17 development and poverty reduction targets which make up the SDGs were agreed by the international community in September. 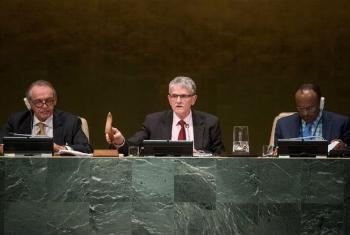 The previous two weeks of intense activity at United Nations headquarters were an “historic” convergence of high-level events, said the spokesperson for the President of the UN General Assembly.

The annual debate of world leaders followed immediately, with a raft of global crises and issues on the agenda. 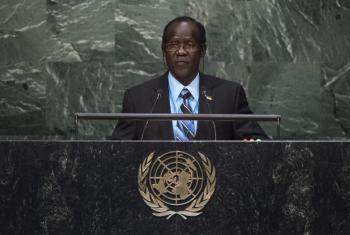 The vice-president of South Sudan – the world’s youngest nation - said that the “political will” exists to end months of violence in which thousands have died or been forced to flee their homes.

James Wani Igga was speaking on Friday, the day after he addressed the UN General Debate, and hailed the fragile peace agreement, signed last month with the main opposition. 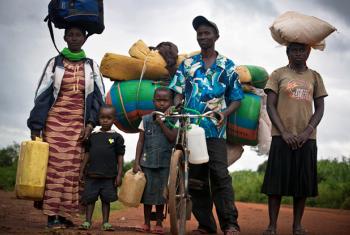 Burundi’s foreign minister denied that the country’s human rights record is deteriorating on Friday, following an upsurge in arrests and civil unrest.

Earlier this week, the UN High Commissioner for Human Rights described that bodies were being found in the streets of the capital “almost every day” - some showing signs of torture.

The small African nation has been wracked by unrest this year, after a failed coup. 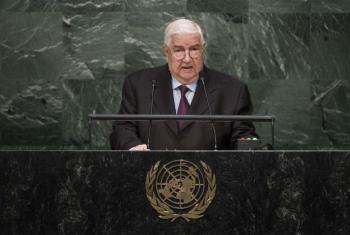 The “countdown” to ending the conflict in Syria can only begin if UN Security Council resolutions on combatting terrorism are implemented, according to the country’s Deputy Prime Minister.

In an address at the UN General Assembly on Friday, Walid Al-Moualem urged the international community to do more to stop terrorists from entering his country. 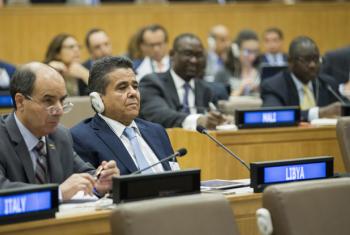 The warring parties in Libya have been urged to form a government of national unity, at a high-level UN meeting on the future of their country on Friday.

Failure to do so, would only allow the extremist militants of ISIL to gain a stronger foothold in Libya, the meeting heard.

Following decades of dictatorship and the fall of Muammar Gadaffi in 2011, rival political factions began to fragment the country, setting up rival capitals which led to increased fighting and economic chaos.