© UNOCHA/Giles Clarke
A young girl fled conflict in Al Hudaydah with her family and now lives in a displaced camp in Aden, Yemen.

Some 21.6 million people in Yemen – that’s two-thirds of the population – are going to need some kind of humanitarian assistance and protection services during the course of 2023, according to the UN’s Humanitarian Response plan published on Wednesday.

The UN humanitarian affairs office OCHA is calling for $4.3 billion to reach the 17.3 million most vulnerable people in need, whose lives have been turned upside down because of protracted war, displacement and economic collapse, compounded by recurrent natural disasters.

Sustained funding is needed to prevent the humanitarian situation from further deterioration.

Yemen’s civil war began in 2014 when Houthi rebels took the capital, Sana’a, forcing the Government to leave, leading to the establishment of a Saudi-led coalition in support of the Government who launched airstrikes on the rebels in early 2015.

“They do not reflect an across-the board improvement in the humanitarian outlook”, the response plan stresses, and any gains that have been registered in 2022 “remain extremely fragile".

The humanitarian response in Yemen will support many who are facing multiple challenges, including internally displaced persons and those attempting to return; persons with disabilities; and migrants and refugees

The response approach will be organized around three strategic objectives, the plan outlines.

At the same time, it recognizes the importance of working closely with development partners to prevent a broader collapse of basic services.

The plan calls for the humanitarian, development and peace-building sectors, to engage in coordinated action under the strategic umbrella of the recently established Yemen Partners Group (YPG) and its operational structure, the Yemen Partners Technical Team (YPTT).

An increased focus on protection is at the centre of the response, OCHA said, aims to ensure strengthened leadership, coordination and collective engagement on reducing protection risks and increasing the ability of effected populations to cope.

‘People at the centre’

“The response will further place people at the centre, building on progress made on community engagement and accountability to affected people (AAP), by implementing new collective feedback mechanisms and the roll out of community perception surveys.”

Yemen is no longer in a state of full-scale war, but neither does it benefit from a formal peace, the plan points out.

During the truce which held from 2 April to 2 October across Yemen, at which point it lapsed due to lack of consensus, conflict-related displacement decreased by 76 per cent.

At the same time however, victims of land mines and explosive remnants of war (ERW), including unexploded ordnance (UXO) increased by 160 per cent.

“Essential services and the economy continued to deteriorate. The cost of the minimum household expenditures basket rose by over 50 per cent in the space of a single year.”

Without a comprehensive political settlement, continued displacement, the economic situation, and lack of infrastructure, are likely to remain a key driver of needs, the plan notes.

An estimated 4.5 million people – or 14 per cent of the population - are currently displaced, most of whom have been displaced multiple times.

Natural disasters and climate-induced events, such as drought and flooding, are key drivers of displacement and heighten the humanitarian crisis.

Throughout 2023, humanitarian needs are likely to hold steady and the resilience of vulnerable populations is likely to lessen.

An estimated 5.4 million in need across Yemen are affected by access constraints, said OCHA, the “vast majority” of which, are related to bureaucratic impediments, which mainly include denials of movement and delays of travel permits. 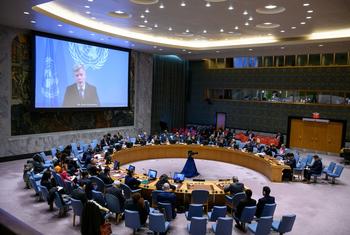 Warring parties in Yemen should take advantage of the current absence of major fighting and use it to advance their talks towards peace, the top UN official in the country said on Monday in his latest briefing to the Security Council. 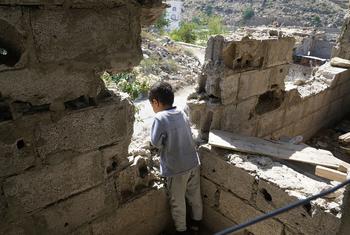 More than 11,000 boys and girls have been killed or injured in the war in Yemen - an average of four a day since fighting escalated in 2015, though the number is likely to be far higher, the UN Children’s Fund (UNICEF) has reported.