© UNOCHA
A three-truck humanitarian convoy brings food, water and medical supplies to communities in the Soledar and Donetsk regions in Ukraine.

The first UN aid convoy to reach the vicinity of the battered eastern Ukrainian city of Soledar, since the Russian invasion began nearly a year ago, arrived on Friday morning, providing support for more than 800 civilians in need.

Jens Laerke from UN aid coordinating office, OCHA, said that three trucks had been granted access to areas under Ukrainian Government control just a few kilometres from the heavily disputed city in the Donbas region, which has been an intense battleground, as Russian forces seek to advance on the strategically important town of Bakhmut.

He told journalists at Friday’s briefing in Geneva that the convoy consisted of food, water, hygiene kits, medicines and other medical supplies, provided by UN agencies.

“It is intended for 800 people who remain in this area”, he said, “which has seen its fair share of hostilities and of widespread destruction. So, people are in dire need of aid there, so we are happy that this convoy has indeed reached (it’s destination).”

More convoys are expected in the days ahead and OCHA Spokesperson Laerke said that the UN and its partners are striving to increase inter-agency relief operations to areas close to the frontlines in Ukraine, where needs are acute.

On another key front and a source of international concern over the battle for Ukraine, the head of UN-backed International Atomic Energy Agency (IAEA), Rafael Grossi, briefed President Volodymyr Zelensky in Kyiv on Thursday, on the agency’s “expanding and intensifying activities…to help Ukraine ensure nuclear safety and security at its nuclear facilities”.

He told the Ukrainian leader that several permanent IAEA expert missions had been established across the country this week, according to a press release issued on Friday.

Mr. Grossi stressed that the zone was essential for preventing a severe nuclear accident and said he would press ahead with his efforts to make it happen.

“Everybody agrees that the plant – located on the frontline in an active combat area – needs to be protected, but these are very complex negotiations. I will not stop until the much-needed zone is a reality. I will continue my intensive consultations with both Ukraine and the Russian Federation in the coming days and weeks,” he said.

“This major nuclear power plant continues to face daily dangers. Our team there continues to hear explosions close to the site, including two on Thursday,” he added.

“Across Ukraine – from north to south – this week has seen a major expansion in the IAEA’s on-the-ground support for the country’s efforts to prevent a severe nuclear accident during the war. At Ukraine’s request, the IAEA flag is now flying at these important nuclear facilities.

“For the first time, we will have our top experts permanently present at all of Ukraine’s nuclear power plants as well as the Chornobyl site. Their vital work will help reduce the very real nuclear dangers the country is facing,” Director General Grossi said.

In the next few days, an IAEA expert team will also be stationed at the Khmelnitsky plant, west of the capital Kyiv.

With IAEA teams permanently present at all of Ukraine’s NPPs and the Chornobyl site, the Agency will have at least 11 nuclear safety and security experts simultaneously in the country, an unprecedented undertaking by the organization.

“We are determined to do everything in our power to reduce the risk of a nuclear catastrophe during this tragic war”, said the IAEA chief. “This week was an important step forward in our efforts in this regard. But the work is far from over. The IAEA is here to stay, for as long as we are needed”. 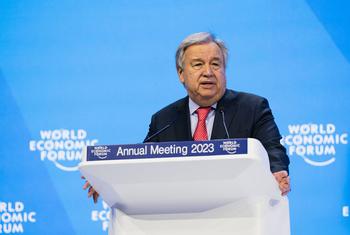 The UN Secretary-General said on Wednesday that he did not believe that there was an opportunity yet, to organise “a serious peace negotiation” between the warring parties in Ukraine, nearly a year on from Russia’s full-scale invasion. 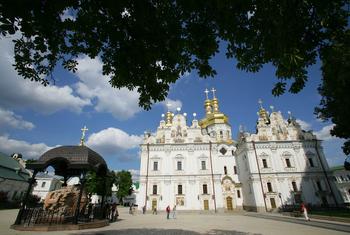 Addressing the Security Council on Tuesday, Ilze Brands Kehris, the UN Assistant Secretary-General for Human Rights, expressed concern about restrictions to freedom of religion in Ukraine, including territory under Russian control.