© Unsplash/Shiza Nazir
The entrance of Delhi Gate, in Lahore, Pakistan.

Top independent human rights experts expressed alarm on Monday at a rise in abductions of girls as young as 13 in Pakistan, who are forced to marry and convert to Islam.

In their appeal to the authorities to stop the alleged abuse, the experts warned that teenagers had been “kidnapped from their families, trafficked … far from their homes (and) made to marry men sometimes twice their age”.

#Pakistan🇵🇰: UN experts express alarm at the reported rise in abductions, forced marriages and conversions of girls and young women from religious minorities and call for urgent action.
👉https://t.co/99pO2YZZfd https://t.co/WPTWXMiJhz

The rights experts - who report to the Human Rights Council – cited reports suggesting the involvement of religious authorities and the complicity of security forces and the justice system; although they also acknowledged that Pakistan had already made efforts to pass legislation prohibiting such illegal practices.

“We urge the Government to take immediate steps to prevent and thoroughly investigate these acts objectively and in line with domestic legislation and international human rights commitments. Perpetrators must be held fully accountable,” the experts said.

In a statement urging Pakistan to uphold the rights of women and children, the group of nearly a dozen independent experts and Special Rapporteurs, maintained that Pakistan’s courts had enabled the perpetrators by accepting “fraudulent evidence” from them, regarding the age of the victims and their willingness to marry and convert to Islam.

They noted that the courts had also sometimes “misused interpretations of religious law to justify victims remaining with their abusers”; the police had also failed victims’ families by refusing to register the abductions, or dismissing them as “love marriages”.

They said they were “very concerned” that marriages and conversions have taken place “under threat of violence to these girls and women or their families.”

“Abductors force their victims to sign documents which falsely attest to their being of legal age for marriage as well as marrying and converting of free will. These documents are cited by the police as evidence that no crime has occurred.”

The experts said it was imperative that all victims, regardless of religious background, are afforded access to justice and equal protection under the law.

Adopt and enforce the law

“Pakistani authorities must adopt and enforce legislation prohibiting forced conversions, forced and child marriages, kidnapping, and trafficking, and abide by their international human rights commitments to combat slavery and human trafficking and uphold the rights of women and children,” they said.

Special Rapporteurs and other independent experts – such as the five endorsing Monday’s statement from the Working Group on discrimination against women and girls – are part of the Special Procedures of the Human Rights Council.

The are not UN staff, do not receive any salary, and are independent of any government or organising, serving in their own individual capacity. 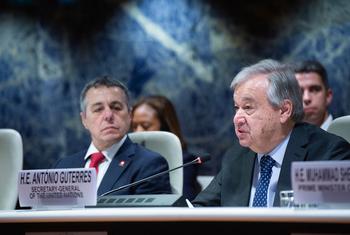 UN-led efforts to encourage the international community to stand with Pakistan after deadly floods last summer, continued on Monday in Geneva, where Secretary-General António Guterres urged radical reform of the global financial system, in favour of developing countries. 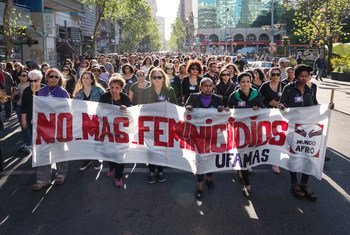 Every 11 minutes, a woman or girl is killed by an intimate partner or family member, the UN chief said ahead of the International Day for the Elimination of Violence Against Women, commemorated on 25 November, urging everyone to “consign violence against women and girls to the history books”.