World food prices declined for the ninth consecutive month in December, though many commodities are still at record highs, the Food and Agriculture Organization (FAO) reported on Friday.

The index of world food prices dipped for the ninth consecutive month in December 2022, declining by 1.9 percent.

The FFPI averaged 132.4 points last month, which is one per cent lower than the previous December.

“It is important to remain vigilant and keep a strong focus on mitigating global food insecurity given that world food prices remain at elevated levels, with many staples near record highs, and with prices of rice increasing, and still many risks associated with future supplies,” he added.

The FFPI was “notably higher” in 2022 than in 2021, which on top of large increases that year sparked “significant strains and food security concerns” for poorer food-importing countries, said FAO.

This led the International Monetary Fund (IMF) to adopt a “Food Shock Window”, inspired by the agency.

The lower FFPI in December was led by a decrease in the Vegetable Price Index, which dropped 6.7 per cent from the previous month, reaching its lowest level since February 2021.

The Cereal Price Index declined by nearly two per cent over November. Ongoing harvests in the southern hemisphere boosted wheat supplies for export, while strong competition from Brazil drove down maize prices.

However, rice prices rose, largely bolstered by “Asian buying and currency appreciation against the United States dollar for exporting countries.”

Last month also saw 1.2 per cent downward slide in the Meat Price Index.  For example, bovine meat prices were affected by “lacklustre demand for medium-term supplies”, said FAO, whereas poultry costs were pushed down due to “more-than-adequate export supplies”.

The Sugar Price Index also jumped 2.4 percent from November, which was mostly due to concerns over the impact of adverse weather conditions on crop yields in India as well as sugarcane crushing delays in Thailand and Australia. 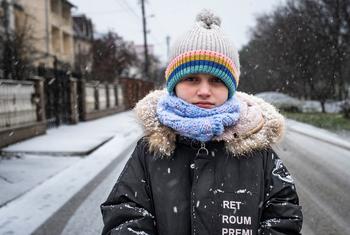 In Ukraine, the country’s farmers and smallholders urgently need more support to avoid a food crisis, the UN Food and Agriculture Organization (FAO) said on Wednesday, as it announced a $15.5 million initiative to help them.