UN agency chiefs appealed to the Security Council on Tuesday to extend a deal guaranteeing cross-border aid access to northwest Syria, that’s due to expire in eight days.

If the Council fails to extend resolution 2642, “the consequences will be catastrophic for 4.1 million people in non-Government controlled areas”, the top UN officials underscored.

Aid delivered to Syria through the Turkish border has been a lifeline for millions.

The #UNSC resolution authorizing this aid is set to expire on Jan 10.

At the peak of winter and amidst a serious cholera outbreak, women and children comprise the majority people who need assistance “just to survive”, the statement said.

“Without UN cross-border operations, millions of people, especially those displaced for years and multiple times, will not have access to food and shelter; to help in coping with harsh winter conditions; to the surveillance, treatment and testing capacities needed to contain cholera; to safe water; and to protection from gender-based violence”.

Any failure by the Council to extend the resolution would also mean that the UN Monitoring Mechanism (UNMM) for cross border aid would cease to function, which verifies the passage of humanitarian supplies.

“Our position remains consistent and clear: Humanitarian assistance and protection services must always be allowed to reach those who need it through the safest and most direct and efficient route”, the senior UN officials said.

They outlined that in 2022, together with partners, aid delivery from across the Turkish border into Syria, reached an average of 2.7 million people every month – including early recovery and livelihood support to strengthen communities across the country.

“We were also able to bolster assistance within Syria from Government-controlled areas across frontlines into the country’s northwest, delivering food, health, education and other supplies for thousands of people in need”, the statement continued.

“We are determined to maintain and expand these deliveries, and we call on all stakeholders for unhindered, sustained and predictable humanitarian access to northwest Syria from Government-controlled areas”.

While they are effective, the current crossline deliveries cannot match the scale and scope of cross-border operations that are needed, which are and will continue to be “indispensable”, the agency heads added.

Unlike earlier resolutions, which extended cross-border operations for 12 months, the Council’s most recent authorization extended for just six months.

This has led to additional logistical and operational challenges, increased operational costs, and curbed the capacity of humanitarian partners to provide the aid needed.

“The millions of people who depend on the cross-border lifeline for survival need this resolution to be renewed without delay”, the statement concluded. 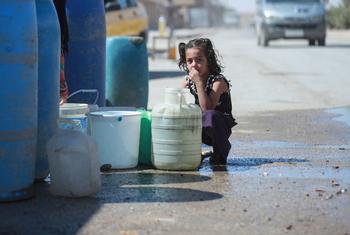 Humanitarian needs in Syria have reached their worst levels since conflict began nearly 12 years ago, the Security Council heard on Wednesday. 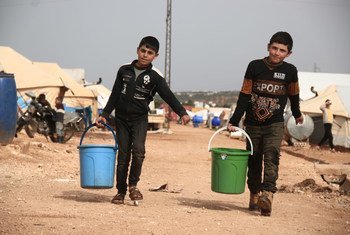