© UNICEF/Patrick Brown
Newly arrived Rohingya refugees walk ashore after traveling by boat from Myanmar on the Bay of Bengal to Cox's Bazar in Bangladesh. (file)

Indonesian fishing crews and local authorities who took part in rescuing more than 200 people adrift at sea, were hailed on Tuesday by the UN refugee agency, UNHCR, for their “act of humanity”.

UNHCR issued a statement explaining that two groups of survivors had been brought to shore off the coast of north-west Indonesia.

Believed to have been at sea for more than a month, the UN agency expressed relief that they are now safe in Indonesia.

After highlighting their plight, Ann Maymann, UNHCR Representative in Indonesia said, “we welcome this act of humanity by local communities and authorities in Indonesia”.

“These actions help to save human lives from certain death, ending torturous ordeals for many desperate people.”

Attending to the new arrivals

Urgent medical care has been provided to treat survivors for exhaustion and dehydration.

According to the survivors, dire conditions onboard triggered the deaths of 26 people at sea.

UNHCR, local authorities, and humanitarian partner staff are caring for those brought ashore.

“Many require urgent medical attention to stabilize their condition”, the UN agency reported. “The agency is also rushing more supplies and staff to help local communities and local authorities support those rescued.”

So far this year, more than 2,000 people have taken risky sea journeys in the Andaman Sea and Bay of Bengal, during which nearly 200 have reportedly perished.

Many of the refugees are Rohingya men, women and children, who fled persecution in Myanmar for Bangladesh in 2017.

UNHCR is also working to confirm reports that one additional boat with 180 people on board is still missing at sea – with all passengers presumed dead.

All States in the region “must fulfil their legal obligations” to save people on boats in distress to avoid further misery and deaths, the UN agency insisted.

Latest UN data indicates that over the past six weeks, Indonesia has helped to save 472 people from four boats.

This demonstrates “its commitment and respect of basic humanitarian principles for people who face persecution and conflict”, UNHCR said.

“Many others did not act despite numerous pleas and appeals for help”, lamented the UN refugee agency, urging other countries in the region to follow Indonesia’s example. 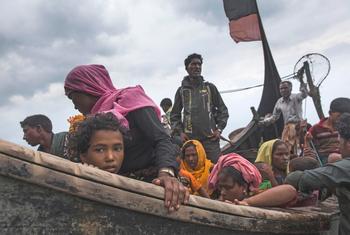 Some 190 desperate people are on the verge of perishing at sea, adrift somewhere between the Andaman Sea and the Bay of Bengal, the UN refugee agency, UNHCR, said on Friday, urging countries in southern Asia to rescue them. 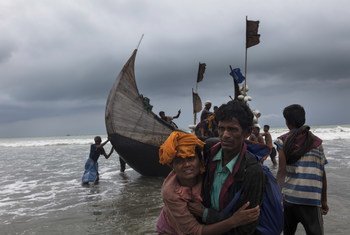 UN refugee agency, UNHCR, on Friday, issued an alert over the dramatic increase in the number of people attempting to cross the Andaman Sea, from Bangladesh and Myanmar.