The UN rights chief, Volker Türk, called on Tuesday for the Taliban de facto authorities to revoke immediately a raft of policies that target the rights of women and girls in Afghanistan, saying that they cause “terrible, cascading effects” on their lives and risk destabilizing the nation.

“No country can develop – indeed survive – socially and economically with half its population excluded”, said the High Commissioner for Human Rights.

“These unfathomable restrictions placed on women and girls will not only increase the suffering of all Afghans but, I fear, pose a risk beyond Afghanistan’s borders”.

He urged the de facto authorities to “respect and protect” the rights of all women and girls – to be seen, heard, and involved in all aspects of Afghanistan’s “social, political and economic life” in line with its international obligations.

This latest decree followed the suspension of university education for women and secondary schooling for girls until what they termed further notice.

“Banning women from working in NGOS will deprive them and their families of their incomes, and of their right to contribute positively to the development of their country and to the well-being of their fellow citizens”, warned the High Commissioner.

NGOs and humanitarian organizations provide critical life-saving services for many people in Afghanistan, including food, water, shelter and healthcare, as well as critical programmes, such as pre- and post-natal and infant care, which are only provided by women.

Many NGOs – often staffed with women, including in leadership roles – are essential partners for the UN and other agencies in administering humanitarian and development programmes throughout the country.

“The ban will significantly impair, if not destroy, the capacity of these NGOs to deliver the essential services on which so many vulnerable Afghans depend”, lamented Mr. Türk.

“It is all the more distressing with Afghanistan in the grip of winter, when we know humanitarian needs are at their greatest and the work these NGOs do is all the more critical”.

The High Commissioner also voiced deep concern that increased hardship in Afghan society is likely to increase the vulnerability of women and girls to sexual and gender-based violence and domestic violence.

“Women and girls cannot be denied their inherent rights”, he underscored.

“Attempts by the de facto authorities to relegate them to silence and invisibility will not succeed – it will merely harm all Afghans, compound their suffering, and impede the country’s development. Such policies cannot be justified in any way”.

UNAMA/Abdul Hamed Wahidi
Women and children wait for alms in front of a Mosque in Herat City, Afghanistan .

The Security Council on Tuesday night issued a press statement saying its 15 members were "deeply alarmed" over the latest Taliban restrictions of education for women and girls.

Ambassadors also expressed profound concern that female employees of NGOs and international organizations are being banned from their work.

The Council stressed that the move would have “a significant and immediate impact for humanitarian operations in country, including those of the UN, and the delivery of aid and health work”, and that the restrictions “contradict the commitments made by the Taliban to the Afghan people as well as the expectations of the international community”.

The Security Council reiterated its full support to the UN Assistance Mission in the country, UNAMA, and Special Representative Roza Isakovna Otunbayeva, underscoring the importance that she carries out her mandate, including through monitoring and reporting on the situation, and continuing to engage with all relevant Afghan political actors and stakeholders. 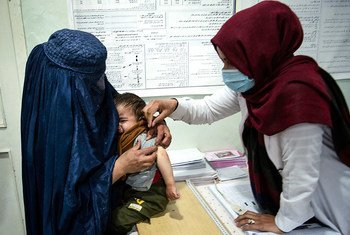 Amid reports on Saturday that the Taliban had barred women from working for local and international NGOs, the United Nations said the decision would undermine the efforts of numerous organizations working throughout Afghanistan to help the most vulnerable, especially women and girls. 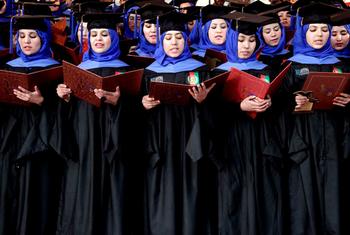 The UN family and the entire humanitarian community in Afghanistan condemned the Taliban’s decision to close universities to women and called on Wednesday for the de facto authorities to “immediately revoke the decision”.