A $1.5 million grant to the UN’s peacekeeping mission in Mali, MINUSMA, announced on Tuesday, is designed to enable a more inclusive environment for women blue helmets serving in the country, while also improving living conditions.

The allocation is from the Elsie Initiative Fund (EIF), which supports women’s meaningful participation in UN peacekeeping overall.

The funding comes at a time when three countries that contribute police officers to UN field operations – Nigeria, Senegal and Togo – have committed to increasing and sustaining the deployment of women in Formed Police Units (FPUs) in the coming years.

Senegal plans to scale up from a current level of 18 per cent to 26 per cent in 2025. Togo will look to double women’s deployment from 11 per cent to 25 per cent, while Nigeria will aim to maintain its current rate of 24 per cent.

MINUSMA will use the grant to construct seven accommodation units, 19 hygiene facilities, four laundry units and a dedicated recreational space, which will improve working and living conditions for women peacekeepers.

Women should have equal opportunities to deploy to the field, and their contribution to the operational success of peacekeeping missions has been crucial, according to UN Peacekeeping.

Mixed-gender FPUs improve engagement with communities they serve and enhance the Mission’s capacity to deliver on its mandated tasks, including public order management and high visibility patrols.

But “to reap the benefits of having more diverse teams in peacekeeping we need to create an enabling environment that will support women’s meaningful participation”, said Jean-Pierre Lacroix, UN Under-Secretary-General for Peace Operations.

“This support from the Elsie Initiative Fund contributes to gender-responsive peace operations that can better help build and protect peace and security worldwide,” he added.

In a declaration last year commemorating the integration of women in FPUs, the Senegal National Police suggested the provision of gender-sensitive accommodation as a pre-condition for inclusive peacekeeping.

The force’s Inspector General, Seydou Bocar Yague, welcomed this project as a milestone that will enable the sustainable increase in their deployment of women to MINUSMA.

Through its separate EIF-funded project, Senegal aims to tackle structural barriers to women’s meaningful participation in the national police by deploying gender-strong units to UN peacekeeping, establishing a roster of trained women for deployment, adopting a gender policy and stepping up women’s recruitment.

“The operational efficiency and professionalism of female personnel in the security forces is a well-known fact. Therefore, I am grateful for this project – it will allow us to transform our vision to increase women’s participation in our FPUs into a reality,” he said.

Togo ranks sixth in the list of countries providing police officers serving with the UN.  The country also received an EIF grant to conduct a study to assess the barriers, opportunities and challenges faced by its women police officers in order to increase their meaningful participation in UN operations.

“Nigeria has been consistently contributing mixed-gender units to MINUSMA. We appreciate the support from the Elsie Initiative Fund that will make a significant impact in improving the living and working conditions of peacekeepers,” said Alkali Baba Usman, Inspector General of Police.

Over the past decade, it has made the advancement of women’s meaningful participation a priority, in addition to incorporating gender perspectives into operations.

MINUSMA is the second UN Mission, after the Organization’s force in Lebanon, UNIFIL, to receive an EIF grant to create a more inclusive, effective, and sustainable environment. 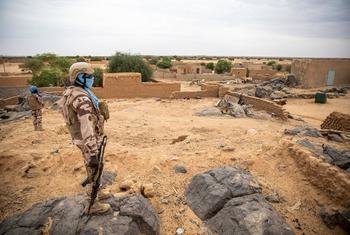 Secretary-General António Guterres “strongly condemns” an attack against a UN police patrol in northern Mali that claimed the lives of two Nigerian peacekeepers, according to his spokesperson. 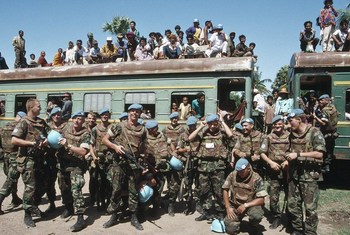 Does UN Peacekeeping work? Here’s what the data says

Failures on the part of UN Peacekeeping missions have been highly publicised and well documented – and rightly so. But if you look at the overall picture and crunch the data, a different and ultimately positive picture emerges.