Unsplash/Karollyne Hubert
Trans activists and their allies protest in the UK.

A top UN-appointed independent human rights expert has urged the Scottish Government to pass a new law offering legal protection to people based on their gender identity, including trans women.

Victor Madrigal-Borloz, the UN Special Rapporteur on protection against violence and discrimination based on sexual orientation and gender identity, said in a statement that he was worried that stigma and prejudice against trans women could be behind efforts to postpone consideration of the Bill - which has one remaining stage to go in the Scottish Parliament - or weaken it.

Scotland remains part of the United Kingdom, but has its own devolved Government and Parliament, with authority over a wide range of domestic issues, including the economy, health, justice, rural affairs and housing.

Mr. Madrigal-Borloz described trans women as “among the most vilified, disenfranchised, and stigmatized people on this planet”.

He said that working in dozens of countries in the past, he had witnessed “shocking acts of violence to which they are subjected, including killings, torture, beatings and systematic social exclusion from health, employment, housing and education.”

He expressed concerns about the misrepresentation of the longstanding position within the UN itself - including of the UN human rights office, OHCHR - on the imperative to legally recognise the gender identity of trans, non-binary and other gender-diverse persons, through systems of self-identification.

He said that UN rights bodies which had considered the issue, have “constantly found that legal recognition of gender identity through self-identification” was the “most efficient and appropriate way” to ensure human rights are enjoyed.

He added that he was “yet to learn of a country in which this is not the case.”

He dismissed “unsubstantiated myths” in the past, that “falsely portrayed lesbian women and gay men as predatory – causing great harm”.

Today, the same “harmful narratives have (been) repackaged and redeployed against trans women”, Mr. Madrigal-Borloz maintained.

Mr. Madrigal-Borloz, said the State had a duty to put measures and safeguards in place, against violence against women and girls, in all their diversity, which has been at the core of recommendations from his own office, and other UN bodies.

“Arbitrary obstacles to legal recognition of gender identity, actively violate State human rights obligations, and they are by definition, authoritarian and anti-democratic”, he said.

The self-identification standard is already the norm for an estimated 350 million people worldwide, he added, and does not support concerns about “predatory males”, which undermines one of the arguments being put forward by sceptics in Parliament, over trans women. 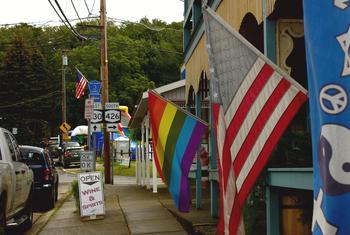 LGBT rights being ‘deliberately undermined’, in some US states: UN expert

An independent UN human rights expert on Tuesday warned that the rights of lesbian, gay, bisexual, trans and gender diverse (LGBT) people are being “deliberately undermined by some state governments in the United States”, urging more action on the part of the Biden administration to protect them. 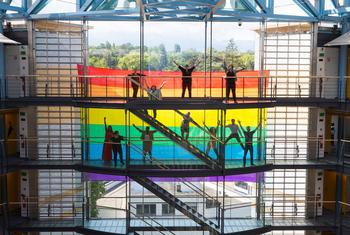 Marking the International Day Against Homophobia, Biphobia and Transphobia (IDAHOBIT) on Tuesday, leaders from across the UN system called for a world where all people can live free from violence and discrimination.