© UNOCHA
Under Secretary-General for Humanitarian Affairs and Emergency Relief Coordinator, Martin Griffiths (left) makes remarks to the press at the end of his four-day mission to Ukraine. At right is Ukraine Prime Minister, Denys Shmyhal.

In Ukraine, the UN’s top emergency relief official on Thursday pledged solidarity with the embattled country and its people, as they try to rebuild their lives amid the ongoing war.

Speaking in Kyiv, at the end of a four-day official visit, Martin Griffiths described the deadly threat from daily artillery attacks on the southern port city of Kherson.

Today, more than 18 million people in Ukraine need humanitarian aid, according to UN humanitarians. Some 7.83 million have fled the country and 6.5 million are internally displaced.

"Accountability is one of the remedies to heal the wounds of war.

Another is to envisage the kind of Ukraine that the people would like to live in once this horror is over." - @volker_turk provides an update on the situation in #Ukraine at the Human Rights Council @UN_HRC https://t.co/p8wCtNWRL6

Mr. Griffiths explained that in the nearby city of Mykolaiv, he had spoken to families sheltering in a bunker, after being recently displaced from villages destroyed by shelling.

Despite the destruction, these people “went back daily to try to restart their lives”, he said.

But before anyone can go home, vast areas will require demining, Mr. Griffiths continued, recalling the Ukrainian Prime Minister’s assessment that the country was probably the most mine-polluted nation in the world.

“You can't get the country back into production without de-mining,” Mr. Griffiths said, noting that about half a million hectares of agricultural land in Kherson alone were affected. “So, the urgent international priority to the mines is one that we will also do what we can.”

A reliable electricity supply is even more important to Ukraine’s recovery, Mr. Griffiths said, describing it as the main requirement across the country.

“This issue is of central importance precisely because civilians suffer from the lack of electricity, civilians who should not suffer under international law in a conflict,” he said.

All those caught up in the war in Ukraine wanted their children to go back to school and other signs of normality, Mr. Griffiths insisted. The UN would do what it could to make that happen, he added.

“Even now, even in places like Kherson, where the war is still going on with those people on the right bank still being shelled every day - restarting, jumpstarting the economy, anything that we in the UN can do to support that effort – we’d happily do so.” 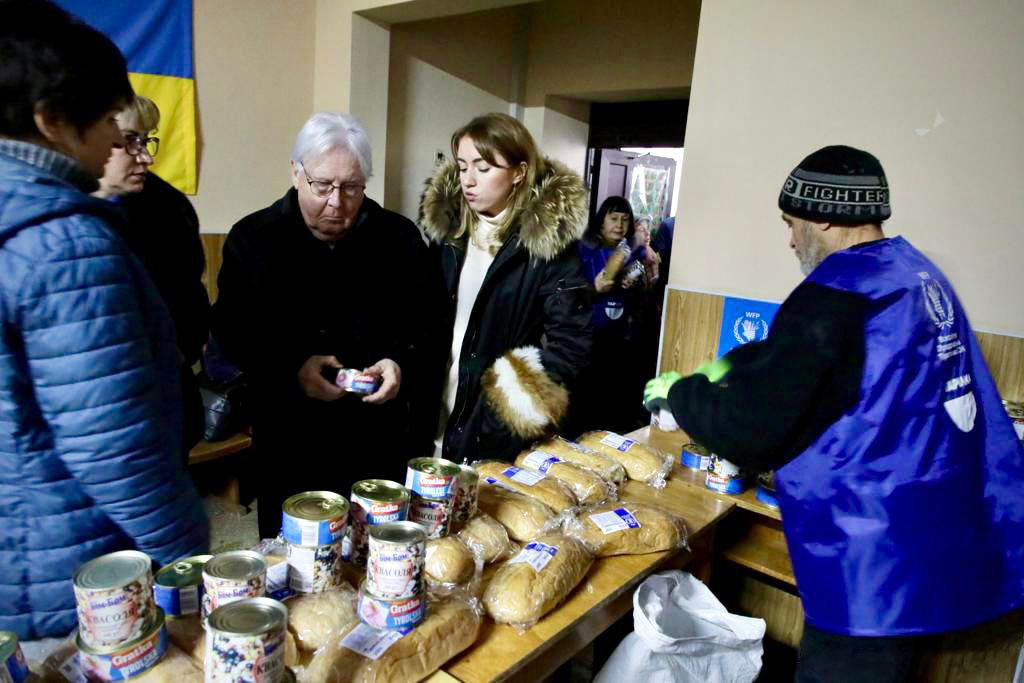 In Geneva, meanwhile, grim details about the killing of civilians by Russian forces in Ukraine were shared at the Human Rights Council on Thursday.

The killing of a paramedic from the @RedCrossUkraine during an attack today in Kherson is a tragic reminder of the extraordinary risks front-line humanitarian workers take.

My thoughts are with her family and with the entire Red Cross family.

At the request of the Council, UN High Commissioner for Human Rights Volker Türk provided information gathered by his Office on “summary executions and attacks on individual civilians” in more than 100 villages and towns in Kyiv, Chernihiv and Sumy regions, between 24 February and 6 April.

The research took place during field visits, after Russian troops had retreated. Witnesses and survivors provided first-hand reports, which were complemented by other sources, allowing the Office of the High Commissioner to document the killings of 441 civilians: 341 men, 72 women, 20 boys, and eight girls.

“In some cases, Russian soldiers executed civilians in makeshift places of detention,” the High Commissioner said. “Others were summarily executed on the spot following security checks – in their houses, yards, and doorways. Even where the victim had shown clearly that they were not a threat, for example, by holding their hands in the air.”

Mr. Türk, who noted that investigators were also trying to corroborate an additional 198 alleged killings, added that there were “strong indications” that the summary executions described in his Office’s report may constitute the war crime of wilful killing.

In his address to the Council, the UN rights chief insisted that armoured vehicles and tanks belonging to Russian forces “had fired at residential buildings, killing civilians in their homes. Civilians were struck on roads while moving within or between settlements or while commuting to work.”

Bucha was worst hit, Mr. Türk said, noting that 73 civilians had been killed in the town alone (54 men, 16 women, two boys and one girl) between 4 and 30 March.

“Over a 150-metre stretch of Yablunska Street, 14 civilians (10 men, three women and one girl) were shot dead and left where they fell,” the High Commissioner said. “My Office is in the process of corroborating 105 additional alleged killings of civilians in Bucha.” 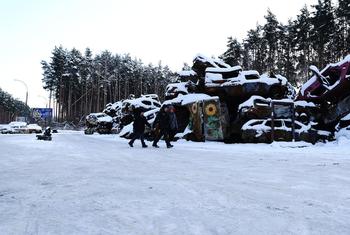 The suffering being experienced by millions of civilians across Ukraine must not become the new normal, the UN human rights chief said on Wednesday. 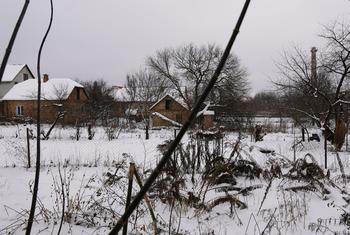 Nine months after Russia invaded Ukraine, rural households are increasingly forced to scale down or abandon agricultural activities, according to a new survey released on Wednesday by the Food and Agriculture Organization (FAO).