The UN chief is “deeply saddened” by the loss of life and heavy damage triggered in the Democratic Republic of Congo (DRC) during the worst floods to hit the country since 2019, his spokesperson said on Wednesday.

Floods in the capital, Kinshasa, and some provinces have destroyed homes and farmland, as well as schools and other public infrastructure.

“The Secretary-General extends his condolences to the families of the victims, as well as to the Government and people”, Spokesperson Stéphane Dujarric said in a statement, also wishing a speedy recovery to those injured.

Secretary-General @antonioguterres is deeply saddened by the loss of life and heavy damage in Kinshasa and in some provinces of the Democratic Republic of Congo due to floods, the worst to hit the country since 2019. 👇
https://t.co/wXBY5SxYU8

According to news media, the floods claimed more than 120 lives and left major roads in the city centre submerged, several homes collapsed and triggered landslides in hillside areas.

Entire neighbourhoods were inundated with muddy water, and ripped apart by sinkholes, including the highway that connects the capital to the country’s main port of Matadi, recounted news reports.

The Government announced a three-day period of national mourning.

The UN humanitarian office has long pointed out that the DRC remains one of the most complex and protracted humanitarian crises in the world.

Located on the River Congo, Kinshasa has seen a huge population influx, and with 15 million inhabitants, is one of the most densely populated capitals in Africa.

Many dwellings there are shanty houses built on flood-prone slopes, and the city suffers from inadequate drainage and sewerage.

DRC President Félix Tshisekedi blamed the catastrophe on climate change, noting that while polluting countries trigger harmful consequences, his State lacks the resources to protect itself.

Secretary-General António Guterres expressed the United Nations’ solidarity with the DR Congo as it supports the response.

Security ‘one of the most significant challenges’ in DR Congo, Security Council hears 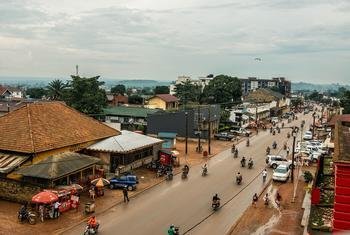 UN Secretary-General António Guterres has welcomed the decision by the Government of the Democratic Republic of the Congo (DRC) to investigate recent deadly attacks allegedly committed by the M23 armed group.