UN News/Jing Zhang
A ship passes through a section of the Panama Canal, one of the busiest trading routes in the world.

Global trade is set to reach almost $32 trillion this year, but inflation has reversed some of the gains made in recent months.

That’s according to UN trade and development agency, UNCTAD, whose analysts said that global growth “turned negative” during the second half of 2022.

The UN agency said that trade in goods and services is expected to reach $25 trillion and $7 trillion respectively, by the end of the year.

The downturn began in the third quarter of the year, with goods trading about one per cent lower than from March to May. 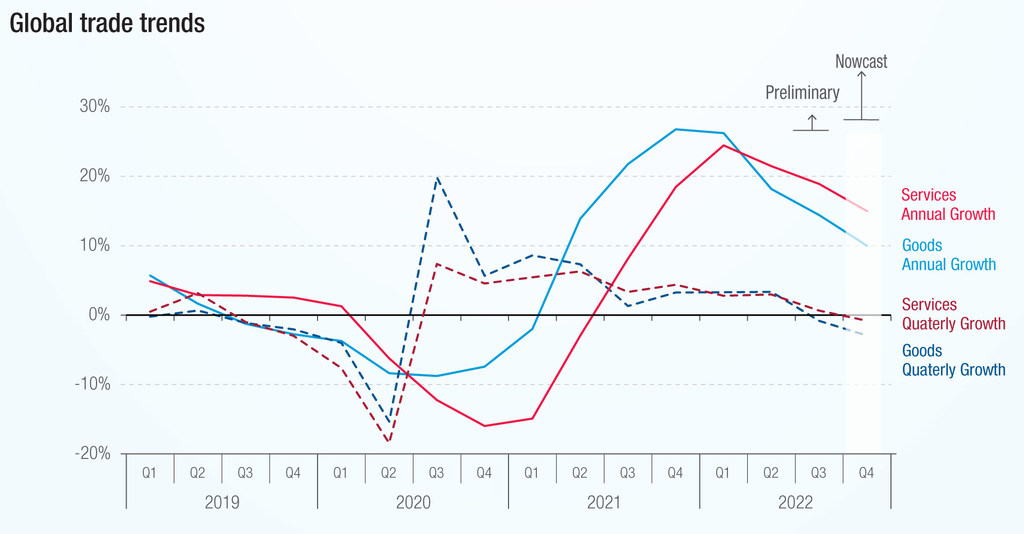 In its global trade update, UNCTAD said that although services actually increased by 1.3 per cent in the third quarter, both goods and services are expected to fall in value in the run-up to the end of the year.

Demand for foreign goods “proved resilient” through 2022, the trade and development update said, with trade volumes overall increasing by three per cent. 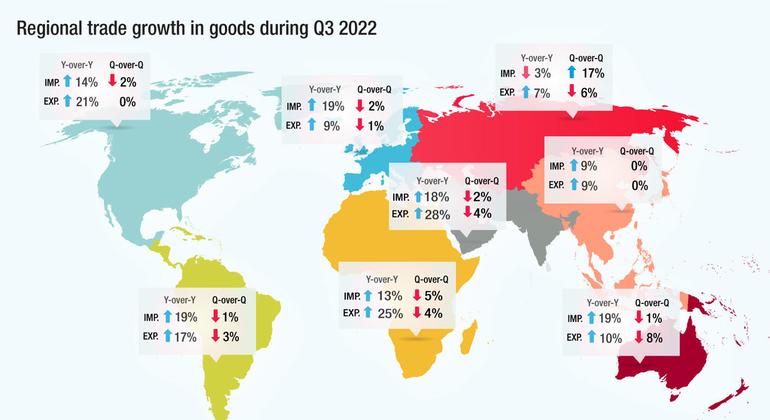 Among the negative factors teased out, are lower economic growth forecast through 2023 due to high energy prices, rising interest rates, sustained inflation in many economies and the depressive impact of the war in Ukraine.

Prices of components and consumer goods are expected to dampen demand for imports and lead to a declining volume of international trade.

Record levels of global debt and increased interest rates, “pose significant concerns for debt sustainability”, increasing pressure on those governments most in debt, and “amplifying vulnerabilities”.

On the upside, ports and shipping companies have adjusted to the supply chain crunch provoked by the COVID-19 pandemic, with new ships entering service, and port congestion, largely resolved, said UNCTAD.

Recently signed trade agreements such as the Regional Comprehensive Economic Partnership in the Asia-Pacific (RCEP), and the African Continental Free Trade Area (AfCFTA), “should come to fruition and provide some momentum” for the whole international system, the report highlights.

Risk and uncertainty continue to be high for global supply chains overall, but efforts towards forging a greener global economy, are expected to spur demand for environmentally sustainable products, said UNCTAD, while reducing the demand for goods with high carbon content, and for fossil fuels. 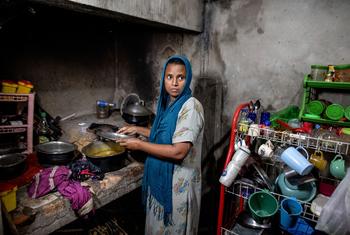 Spiralling debt in low and middle-income countries has compromised their chances of sustainable development, the head of UN trade facilitation agency UNCTAD has warned. 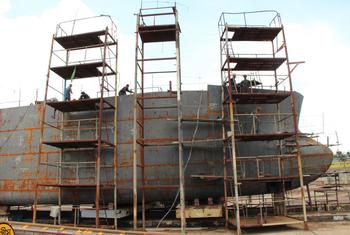 The entire shipping industry must invest urgently in sustainability if it is to withstand future shocks and help prevent another global cost-of-living crisis linked to supply chain disruption, UN trade and development experts UNCTAD said on Tuesday.