Gender equality remains essentially, a question of power, said the UN chief on Monday, but to change the culture of male-domination and bring balance, we need equality in terms of leadership, decision-making and participation at all levels.

Secretary-General António Guterres was speaking at a meeting of the UN Group of Friends on Gender Parity Marking the Fifth Anniversary of his Gender Parity Strategy – a key priority of his first term in office, that remains so now.

Achieving gender parity throughout the @UN is a personal priority for me and a strategic goal for the Organization.

We have come a long way, and I thank everyone involved in our efforts to meet the goal of parity at all levels by 2028. https://t.co/BavWXA9kkd

He said it was “vital for the United Nations to represent the values it stands for – the values enshrined in the Charter – and to lead by example. Gender parity in our personnel is the only way to achieve gender equality in our work.”

He added that overall, “we have come a long way”, and achieved some notable firsts, such as reaching parity within the senior leadership group, for the first time in UN history, two years ago.

That’s also true now among heads and deputy heads of peace operations. Five years ago, the proportion of women in those roles was just 25 percent, he noted.

Parity was reached in 2018, among the 130 Resident Coordinators, and the representation of women at headquarters locations has now reached parity, while the number of UN entities with at least 50 percent women staff, has risen from five to 26.

“At the same time, gaps remain”, he cautioned.

Away from the main offices, in humanitarian and peacekeeping operations, he said “progress has been slow, and in some cases, we have gone backwards. We should be particularly concerned by a decrease in women recruited into entry-level Secretariat positions in the field. This could have a serious impact on prospects for parity in the future.”

Secretariat staff overall should be close to parity among “professional” grades, in 2025, which is three years before the deadline, but that figure disguises the fact that it will take until 2028 for there to be parity in the field.

That means that the overall Strategy, must now focus on sustaining progress in the field, he said.

“We will continue to support the Senior Women Talent Pipeline, which has led to the appointment of nearly 60 senior women, mostly in the field, since 2014”, and facilitate the transition of General Service staff and National Officers, to the Professional work categories.

“And this is an area that requires the approval of the General Assembly and I count on this group of friends to be very active in that regard because it is a key instrument to get women in professional positions in the field”, said Mr. Guterres.

Workplace culture also needs to advance, he said. And if stereotypes and workplace bias is left unchecked, sexism and racism tolerated, “we will fail the people we serve.”

He said he was determined to move forward with steps to end all forms of discrimination, including sexual harassment.

The UN chief outlined three areas for improvement. First, a focus on gender and geographical diversity as complementary goals. “Just 36 percent of professional staff from the Africa region in the Secretariat are women, and this must change.”

Second, we will strengthen efforts to recruit women to field missions, he said, and third, the UN must double down on our policies and tools, to make it a more attractive employer for women.

“We will continue to work closely with Member States and civil society, particularly from the Global South, to ensure that we reflect all countries and communities, at all levels of our Organization.”

He reiterated that gender parity was essential, “to meet the expectations of the people we serve, and to build a more sustainable, just, inclusive, peaceful and prosperous world for all.” 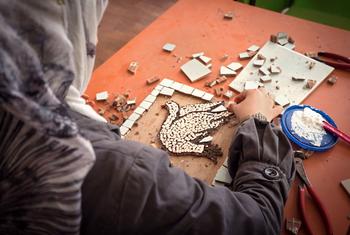 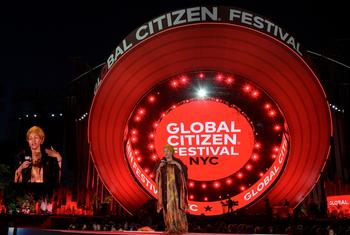 ‘We need all hands on deck!’ The world’s ‘to-do list’ is long and time is short, UN deputy chief tells Global Citizen Festival

Every problem we face is a problem that we created – so it’s a problem we can solve together, declared UN Deputy Secretary-General Amina Mohammed on Saturday, rallying the crowd gathered in New York’s Central Park for the 2022 Global Citizen Festival to keep holding their leaders accountable: with hope and action, a world free of hunger and poverty is possible.