© UNICEF/Josh Estey
Eighty percent of Filipino children have experienced at least one form of abuse in their entire lifetimes.

Although the Philippines has made gains in combatting the sale and sexual exploitation of children, greater effort needs to be made to protect them, a UN-appointed human rights expert has said.

Mama Fatima Singhateh, Special Rapporteur on the sale and sexual exploitation of children, concluded an 11-day visit to the country on Friday, where she met with government officials, UN agencies, civil society representatives, faith-based leaders, diplomats, and local boys and girls.

She commended a recent law that requires social media platforms and internet service providers to step up efforts to counter sexual abuse of young people.

Ms. Singhateh also was encouraged by good practices, such as the operation of a centre which provides one-stop medical, psychiatric and social welfare services, but highlighted the need for more action.

“The Philippines must set up a robust system for detection of crimes, complaint handling and enhancing capacities of officials and social workers involved in child protection, to provide meaningful support and rehabilitation to victims and survivors,” she said.

The rights expert urged the government and stakeholders to ramp up efforts to combat child trafficking, child marriage, the sale of children through illegal adoption, sexual exploitation of children in the context of travel and tourism, as well as teenage pregnancy.

She noted, for example, that explicit legal provision is lacking in the laws to penalise the sexual exploitation of children within the travel and tourism industry.

“Officials in this sector do not appear to have adequate information on the issues, scope and manifestations of sexual exploitation in the context of travel and tourism, they will require extensive training and sensitisation on this issue,” she said in a statement.

Pointing to gaps and challenges, Ms Singhateh has recommended development of a centralised accurate disaggregated data on incidences, and cases of child sexual abuse and exploitation.

She added that greater attention must be given to the issue of sexual exploitation in the context of tourism and transactional sex.

The authorities also were urged to scale up support to vulnerable groups, including children with disabilities and those from indigenous, ethnic and minority communities.

“It is important to allocate adequate resources and adopt a child-centred, trauma-informed, age and gender-sensitive approach to mitigate amplified risks to vulnerable children,” she said.

Special Rapporteurs like Ms. Singhateh are appointed by the UN Human Rights Council in Geneva.

These experts are mandated to monitor and report on specific country situations or thematic issues.

They are independent of any government or organization, operate in their individual capacity, and are neither UN staff nor are they paid for their work.

Ms. Singhateh will present a report of her findings and recommendations to the Council in March. 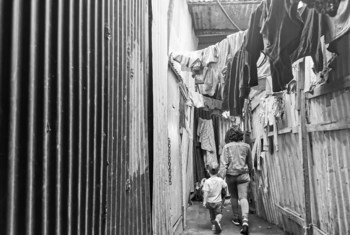 Countries must step up efforts to combat the global emergency of child exploitation and abuse, six UN-appointed human rights experts said on Friday.