A UN-led push for greater cross-border cooperation over increasingly finite water resources, made significant progress on Thursday, after it was announced that more than 30 governments and organizations have decided to work together on the issue.

“This year's terrible floods and droughts in almost all corners of the planet illustrate the critical importance of water to all aspects of society and the environment,” said the UN Economic Commission for Europe (UNECE), which includes 56 member States in Europe, North America and Asia.

Today @GWSummit2022, ahead of the #UN2023WaterConference, governments and institutions from around the world have come together to form the Transboundary Water Cooperation Coalition to highlight the importance of cooperating over shared water resources
👉https://t.co/CQG7zcOY8u https://t.co/4MFofFqfjq

“More than three billion people depend on water that crosses national borders. This makes transboundary water cooperation a crucial foundation for peace, sustainable development and climate action,” insisted UNECE Executive Secretary, Olga Algayerova, at the launch of the Transboundary Water Cooperation Coalition, during the UN-Water Groundwater Summit in Paris.

The decision to form the Coalition comes ahead of the second UN Water Conference, from 22 to 24 March 2023. Equitable water management and security is high on the list of the UN’s priorities as a means of preventing conflict, and it is also a Sustainable Development Goal.

Myriad interested parties are set to join forces in addition to governments and  intergovernmental organizations, UNECE explained, from regional integration organizations to international financial  and academic institutions, along with civil society groups.

The UN body also noted that although 153 countries share transboundary rivers, lakes or aquifer basins, only 24 have all of their transboundary basins covered by operational arrangements.

Echoing the UNECE chief’s call for more countries to commit to joining the Water Convention at next year’s UN Water Conference, Senegal’s Serigne Mbaye Thiam insisted that transboundary cooperation on water was critical to peace, development and resisting climate shocks.

“We need to act promptly and without delay, especially in transboundary basins and aquifers, which are often most vulnerable to the impacts of climate change,” said Senegal’s Minister of Water and Sanitation. “As a member of the Coalition, we urge governments and stakeholders to make concrete commitments to improve transboundary cooperation at the 2023 Water Conference.”

Slovenia’s Minister of Foreign Affairs, Tanja Fajon, who described her country as a “cheerleader” for cooperation on water, insisted that it played a key role in promoting regional peace and security. “Transboundary water cooperation is about management of shared water resources, shared interests, constructive reciprocity and building trust,” she explained.

No water, no development

From the World Bank, Saroj Kumar Jha, Global Director for Water Global Practice, said that improved cooperation over shared water was “a prerequisite for development…the advancement of climate change agenda and the demands of growing population, balancing the needs of people and the environment”.

UNECE’s Ms. Algayerova noted that the objectives of the new Coalition should focus on strengthening the legal and institutional frameworks that govern water, enhancing capacity, sharing data, increasing financing and sharing knowledge.

According to the Swiss government – a key supporter of defusing potential conflicts through water diplomacy, an approach known as Blue Peace - no less than 263 catchment basins of rivers or lakes extend over two or more countries worldwide.

Water’s a ‘dealmaker’ for multilateral cooperation and the SDGs 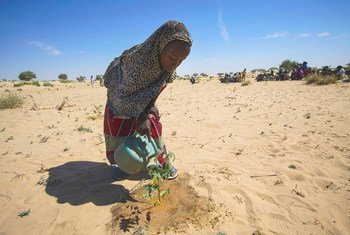 Most of the globe was drier than normal in 2021, with “cascading effects on economies, ecosystems and our daily lives”, the UN World Meteorological Organization (WMO) said on Tuesday. 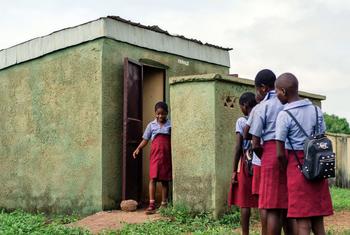 UN’s game plan for sanitation for all

Ahead of World Toilet Day on 19 November, the UN Children’s Fund (UNICEF) is launching a new game plan to help governments achieve safely managed sanitation for their populations and meet the sanitation target laid out in the Sustainable Development Goals (SDGs).