WHO recommends new name for monkeypox

WHO recommends new name for monkeypox

Monkeypox will now be known as mpox, the World Health Organization (WHO) said on Monday, in the wake of reports of racist and stigmatizing language surrounding the name of the disease.

The decision follows a series of consultations with global experts.

Both terms will be used simultaneously for a year before the monkeypox name is phased out.

“This serves to mitigate the concerns raised by experts about confusion caused by a name change in the midst of a global outbreak,” the UN agency said in a statement.

Mpox is a rare viral disease that primarily occurs in tropical rainforest areas of Central and West Africa, but outbreaks emerged in other parts of the world this year.

When the current outbreak expanded, WHO both observed and received reports of racist and stigmatizing language online, in other settings and in some communities.

“In several meetings, public and private, a number of individuals and countries raised concerns and asked WHO to propose a way forward to change the name,” the agency said.

The monkeypox name was given in 1970, some 12 years after the virus that causes the disease was discovered in captive monkeys.

This was before WHO first published best practices on naming diseases in 2015.

WHO assigns names to new and, very exceptionally, existing diseases, through a consultative process.

Medical and scientific experts, representatives from government authorities from 45 countries, as well as the general public, were invited to submit their suggestions.

Based on the consultations, and further discussions with WHO Director-General Tedros Adhanom Ghebreyesus, the agency has recommended adoption of the mpox synonym.

WHO will adopt the term mpox in its communications, and encourages others to follow suit. 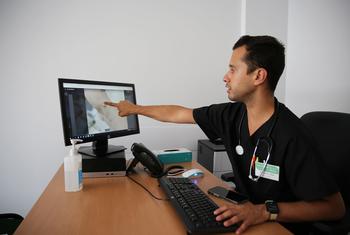 Monkeypox infections continue to rise globally, with more than 35,000 cases across 92 countries and territories, and 12 deaths, the head of the World Health Organization (WHO) reported on Wednesday.