© UNICEF/Saleh Hayyan
In a neighbourhood in Aden, Yemen, a three-year-old girl (centre) plays with neighbourhood friends after losing her twin sister to measles.

Seven weeks since the UN-mediated nationwide truce in Yemen expired, the UN Special Envoy told the Security Council on Tuesday that despite “incidents of concern”, full-fledged war has not returned.

In providing an overview of the situation after the 2 October truce expiration, Hans Grundberg said that in recent weeks, Houthi forces, known as Ansar Allah, attacked oil terminals and ports in Hadramawt and Shabwa governorates, depriving the Government of its main source of revenue from exporting oil.

UN Envoy for #Yemen, Hans Grundberg, briefed the #UNSC on the situation in Yemen following the formal expiration of the truce on the 2nd of October, his current mediation efforts and the way forward. Read the full statement: https://t.co/h9CSmb4ahm

“These attacks…have significant economic repercussions”, he said. “Attacks on oil infrastructure and threats to oil companies undermine the welfare of the entirety of the Yemeni people…risk setting off a spiral of military and economic escalation…[and] are prohibited by international humanitarian law”.

Mr. Grundberg informed the ambassadors of “a concerning uptick” in incidents in Ma’rib, and Taiz, which included civilian casualties, that demonstrate how fragile the situation remains.

He also underscored “the need for the parties to urgently reach an agreement to renew the truce”, reiterating his call that they also “exercise maximum restraint during this critical time”.

Even though overall levels of violence have only increased slightly compared to the six-month truce period, a further deterioration of the economic and humanitarian situations hang in the balance.

As such, he flagged the importance that ongoing peace discussions yield positive results as soon as possible, saying that he is engaging the parties on “not only expanding the truce but initiating discussions on a path toward a more comprehensive settlement of the conflict”.

Recent developments serve to spotlight the need to urgently address humanitarian and economic issues to avoid further deterioration as well as provide more durable solutions for a comprehensive conflict settlement.

“The international community and more importantly Yemenis expect them to demonstrate actionable commitment to a peaceful resolution of this conflict”, spelled out the Special Envoy. 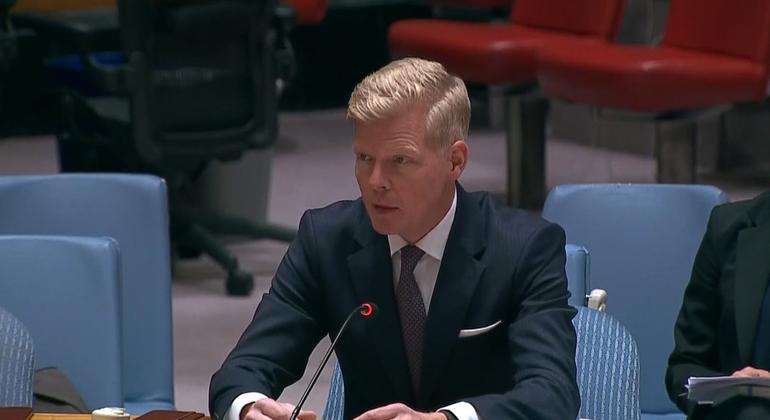 To be sustainable, many economic issues, such as revenue management for paying salaries, require cooperation between the conflict parties.

For this reason, the senior UN official wants a renewed truce and commitment to take steps for a comprehensive resolution.

“A political process under UN auspices will be needed to reach such a resolution and the sooner we can start that work in earnest, the greater our chances of reversing the devastating trends of this war”, he said.

Mr. Grundberg reiterated his conviction that for any settlement to be sustainable, it needs to be broad-based and include all segments of Yemeni society, from youth to civil society and women.

The International Day for the Elimination of Violence against Women on 25 November serves as a stark reminder of the disproportionate effects that Yemeni women continue to suffer from the conflict and the integral role they should play in all aspects of an inclusive, political settlement.

“Time is not on the side of Yemeni women as their basic rights, including freedom of movement, are further violated”, he underscored. “This is now affecting all Yemeni women in the north, including our UN staff, and we need to be clear that there are no excuses for such actions”.

In concluding, the UN Envoy offered his appreciation for the Council’s sustained support as being “vital to convince the parties to abandon short-term calculations in favour of political, economic and security cooperation toward a sustainable settlement of the conflict in Yemen”.

© UNOCHA/Giles Clarke
A boy looks out from his home in the volatile area of Al Gamalia in Taiz, Yemen. (file)
♦ Receive daily updates directly in your inbox - Subscribe here to a topic.
♦ Download the UN News app for your iOS or Android devices.