Next week, the world’s population is due to reach eight billion, which the UN chief is describing as “a testament to scientific breakthroughs and improvements in nutrition, public health and sanitation”.

“But as our human family grows larger, it is also growing more divided”, warned Secretary-General António Guterres in an editorial penned ahead of the milestone moment, citing billions struggling, hundreds of millions facing hunger, and record numbers fleeing home for relief from debt, hardship, wars and climate disasters.

“Unless we bridge the yawning chasm between the global haves and have-nots, we are setting ourselves up for an 8-billion-strong world filled with tensions and mistrust, crisis and conflict”.

World Bank/Hendri Lombard
While it took the global population 12 years to grow from 7 to 8 billion, it will take approximately 15 years for it to reach 9 billion, according to the United Nations.

He noted that just a handful of billionaires control as much wealth as the poorest half of the world while the top one per cent pocket one-fifth of the world’s income.

Citizens of the richest countries can expect to live up to 30 years longer than those in the poorest.

Turning to the accelerating climate crisis and unequal COVID recovery, Mr. Guterres observed that “as the world has grown richer and healthier in recent decades, these inequalities have grown too”.

“We are heading straight for climate catastrophe, while emissions and temperatures continue to rise. Floods, storms and droughts are devastating countries that contributed almost nothing to global heating”.

Meanwhile, from nuclear disarmament to terrorism and global health, delays and deadlock on a host of issues is triggering “anger and resentment against developed countries” to a breaking point, Mr. Guterres cautioned.

“We must curb these damaging trends, repair relationships and find joint solutions to our common challenges”.

Reminding that “runaway inequality is a choice”, the UN chief put the onus on developed countries to use the ongoing UN COP27 climate conference in Egypt and the G20 summit in Bali next Tuesday, to make a switch.

“I hope COP27 will see a historic Climate Solidarity Pact under which developed and emerging economies unite around a common strategy and combine their capacities and resources for the benefit of humankind”, he said.

Mr. Guterres said “our only hope” lies in wealthier countries providing key emerging economies with financial and technical support to transition away from fossil fuels.

He also urged leaders to agree on a roadmap and institutional framework to compensate countries in the Global South for climate-related loss and damage that are already causing enormous suffering.

And he maintained that a stimulus package can be adopted during the G20 meeting to provide those governments with debt relief and restructuring.

Amidst the challenges, “our eight-billion-strong world could yield

enormous opportunities for some of the poorest countries, where population growth is highest”, he said.

“This month’s big global meetups must be an opportunity to start bridging divides and restoring trust, based on the equal rights and freedoms of every single member of humanity’s eight-billion-strong family”.

At the same time, the UN Population Fund’s (UNFPA) #8BillionStrong campaign marks the milestone by sharing educational material on eight trends for a world of eight billion people.

The UN agency pointed out that as region are growing at different rates, the geographical distribution of the global population is shifting.

As of this year, over half the world’s people live in Asia, with India and China making up most of the population in eastern and southeastern Asia – home to 2.3 billion people. 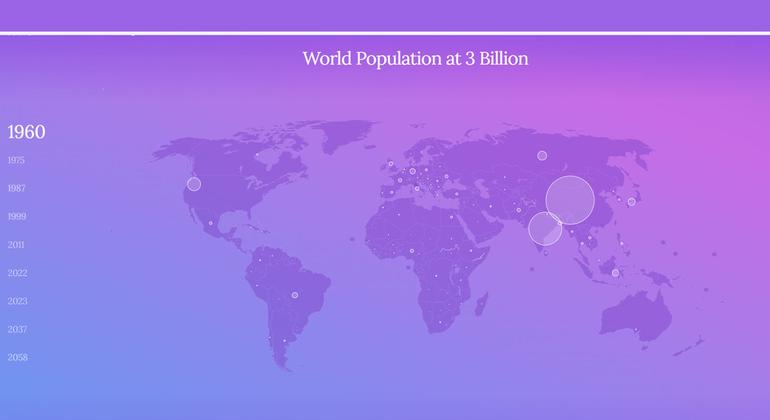 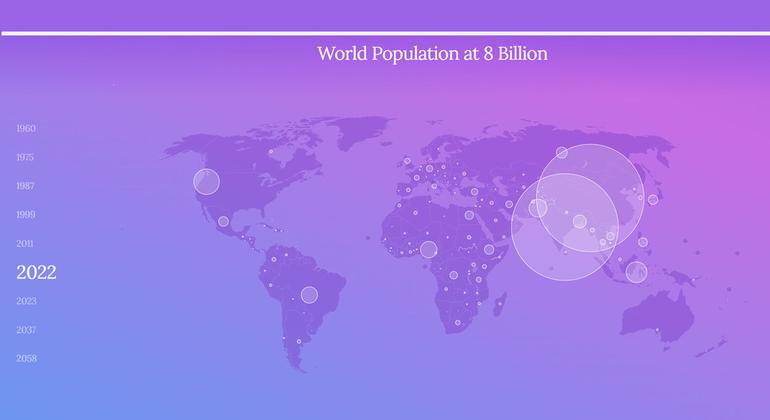 UNFPA
♦ Receive daily updates directly in your inbox - Subscribe here to a topic.
♦ Download the UN News app for your iOS or Android devices.