Malaysia’s forced return of asylum-seekers to Myanmar has meant that hundreds of Myanmar nationals have been “sent back against their will” to the troubled country in the last two months, the UN refugee agency, UNHCR, said on Tuesday.

There have been “multiple reports” of deportations since April which run contrary to international humanitarian law, UNHCR spokesperson, Shabia Mantoo, told journalists in Geneva.

We are seriously concerned over the continued deportation by Malaysia of asylum-seekers from Myanmar, placing lives at risk. We continue to call on Malaysia to immediately stop the forced returns of Myanmar nationals seeking safety from serious harm. https://t.co/w0ziwCIC0Z

“According to information received by UNHCR, an asylum-seeker from Myanmar was deported on 21 October from detention despite UNHCR interventions...Such deportations of refugees and asylum-seekers amount to refoulement.”

Myanmar has been gripped by civil war since February 2021 and sending people back there has exposed them “to harm and danger”, the UN agency spokesperson insisted.

On Sunday, unconfirmed reports emerged that a concert held by opposition forces in Kachin was targeted by airstrikes that killed at least 50 people.

UNHCR’s Ms. Mantoo described the principle of non-refoulement as “a cornerstone of international law” which was “binding on all States”.

The development follows a wider appeal from the UN refugee agency to countries in the region to stop forced returns of Myanmar nationals seeking safety from serious harm.

“Sending them back to the country is placing countless lives at risk,” said Gillian Triggs, UNHCR’s Assistant High Commissioner for Protection.

Myanmar’s neighbours should end the “indefinite detention” of asylum-seekers and refugees from the country, the senior UNHCR official maintained, while also expressing concern at the ongoing indiscriminate violence against civilians across Myanmar, since the military coup.

Fighting has also continued between the Myanmar military and ethnic armed groups in some border areas which has driven people to flee within the country and across borders, Ms. Triggs noted.

Tuesday’s alert from UNHCR echoes serious and widespread concerns about the fate of those who have fled Myanmar. At last month’s Human Rights Council session, UN-appointed independent human rights expert Tom Andrews reported that conditions had “gone from bad to worse, to horrific for untold numbers of innocent people in Myanmar”.

Some 1.3 million people are now displaced inside Myanmar, Mr. Andrews noted, with 28,000 homes destroyed, villages burned to the ground and more than 13,000 children killed.

A food crisis is also looming in the country, the top rights expert continued, with 130,000 Rohingya in de facto internment camps and others suffering deprivation and discrimination rooted in their lack of citizenship. 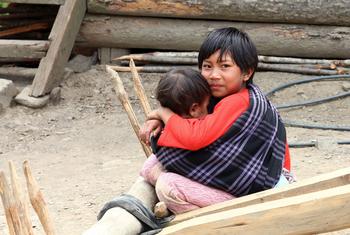 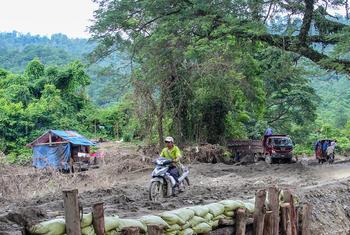 The UN chief on Tuesday strongly condemned attacks by Government troops in Myanmar on a northern rebel stronghold which targeted a school, leaving at least 13 dead, including 11 children.