More than 2.8 million people have been impacted by Nigeria’s worst floods in a decade, with 1.3 million displaced and hundreds of lives lost, said the UN chief on Friday, expressing his sadness at the devastation.

Infrastructure and farmland have also been damaged, said the statement issued on behalf of Secretary-General António Guterres, worsening the cost of living across the country.

UN Children’s Fund, UNICEF, said that 60 per cent of those in need were children, who are at increased risk of waterborne diseases, drowning and malnutrition.

The floods have affected 34 out of the 36 states in the country, and over 600 people have lost their lives, with 200,000 houses either partially or fully damaged.

In the northeastern states of Borno, Adamawa and Yobe, a total of 7,485 cases of cholera and 319 associated deaths were reported as of 12 October, and rains are expected to continue for several weeks, along with rising humanitarian needs.

“Children and adolescents in flood-affected areas are in an extremely vulnerable situation,” said Cristian Munduate, UNICEF Representative in Nigeria.

"They are particularly at risk of waterborne diseases and emotional and psychological distress. UNICEF is working closely with the Government and other partners to provide life-saving assistance to those who are most in need.”

Immediate priority needs for children include health, water, sanitation, and hygiene; as well as shelter and food.

UN Emergency Relief Coordinator, Martin Griffiths, ended a short fact-finding mission to nearby Burkina Faso on Friday, saying it was a critical time for the landlocked West African nation.

When I asked the families I met in Djibo #BurkinaFaso how we can help, they said:

“Please do one simple thing for us: Open that road so that food can come through for our children.”

Time is of the essence.

The road needs to open. https://t.co/1cZYqLXjsG

“Humanitarian needs are rising fast. A quarter of the population, or some 4.9 million people need emergency assistance, a staggering 40 per cent more people than at the beginning of the year”, he said. “One in ten Burkinabe is displaced from their homes by devastating conflict and climate shocks.”

Growing insecurity from extremist armed groups operating across much of the Sahel, and blockades in many areas have left communities isolated, and with inadequate supplies of humanitarian aid.

“To provide critical life-saving relief to those in need with a level of dignity and respect that every human being deserves, we urgently require additional resources. Our US$805 million response plan in Burkina Faso is less than a third funded.”

Diet of leaves and salt

Relief chief Griffiths said he’d met some displaced in the town of Djibo, who had eaten “only leaves and salt, for weeks.”

“The situation is so bad that women are risking their lives, crossing lines of control at night in search of food. I spoke with community leaders who urged those in charge to open roads for food, water, and vital medicine to reach them, to save lives. There are peaceful initiatives to find solutions and there is still hope. The people of Djibo deserve our respect, admiration and much more support in this hour of dire need.”

He also met the new military leader of Burkina Faso, Ibrahim Traoré, who was sworn in on Friday vowing to defeat terrorism in the north, replacing a former coup leader who seized power in January.

Mr. Griffiths said he had stressed the need for protection of civilians, including for those caught up in conflict, and asked the transitional president to ensure “a conducive environment for humanitarian operations and enable humanitarian access, so that we can reach all Burkinabé in need, everywhere across the country.”

In the first nine months of this year, the UN and our humanitarian partners brought food assistance to 1.8 million people and supported 740,000 people with access to healthcare in areas where health facilities have closed down and where medical supplies are lacking.

OCHA
USG Martin Griffiths talks to displaced people in the town of Djibo in northern Burkina Faso, where hundreds of thousands of people have sought safety due to a devastating conflict and changing climate.
♦ Receive daily updates directly in your inbox - Subscribe here to a topic.
♦ Download the UN News app for your iOS or Android devices. 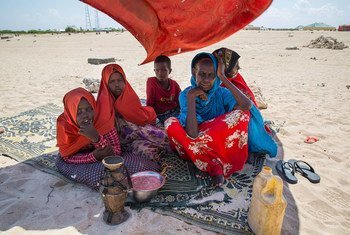 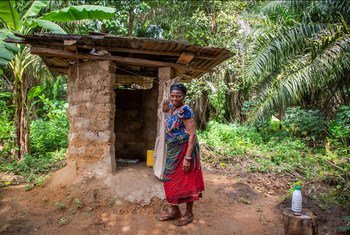 Despite commendable progress on legal and policy safeguards for older persons, a UN-appointed independent human rights expert said on Friday that Nigeria must implement already adopted measures to protect them against ageism and age discrimination, both of which are still prevalent.