Unsplash/Artin Bakhan
Protesters gather in Stockholm, Sweden, after the death of 22-year-old Mahsa Amini in the custody of Iran's so-called morality police.

As the number of children reportedly killed by Iranian security forces in relation to ongoing protests rises to at least 23, the UN Committee on the Rights of the Child issued a statement on Monday condemning the killings, noting that hundreds more have been injured, detained and tortured during the Government crackdown.

Committee members urged authorities to stop all violence against children, which is a clear violation of their rights, including the right to protest peacefully.

The nationwide protest movement began a month ago, following the death in custody of Mahsa Amini, who died after being arrested by Iran’s so-called morality police, for violating strict dress codes relating to her hijab.

Many of the videos which have gone viral from Iran, despite a crackdown on the domestic internet, show young women risking their lives in the street or in classrooms, defying authorities with protest chants criticizing clerical leaders.

Among the dead are a boy aged 11, and according to reliable witnesses, some children were shot with live ammunition, while others died after being beaten.

“Many families reported that, despite grieving for the loss of a child, they were pressured to absolve security forces by declaring that their children had committed suicide and making false confessions”, said the statement.

The Committee is also deeply concerned at reports that children have been arrested in schools and detained together with adults, and that some have been tortured.

The Ministry of Education announced last week that children arrested were being transferred to psychological centres “for correction and education to prevent them from becoming anti-social characters”, and there have been multiple reports of retaliatory expulsions of many high school students, the Committee said.

“We strongly urge Iran to comply with its international human rights obligations, particularly those under the Convention on the Rights of the Child. This begins with the fundamental obligation to protect children’s right to life under any circumstances.”

Committee members also stressed that Iran was obliged to respect and protect children’s rights to freedom of expression and peaceful protest.

Right to be heard

“Many children, including many girls, are protesting to make their opinions known on issues that matter to them. Their right to be heard should not be stifled by any level of force.

“The Committee strongly urges Iran to cease the use of force against peaceful protests and protect the children participating in peaceful demonstrations.”

And members also called for thorough investigations into any grave violations of children’s rights, to be carried out “by competent, independent and impartial authorities” with a view to prosecuting anyone found responsible.

“The Committee on the Rights of the Child will continue to closely monitor the situation in Iran and liaise with other relevant human rights bodies to bring an end to the grave violations of the rights of Iranian children.” 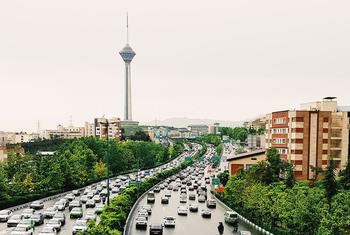 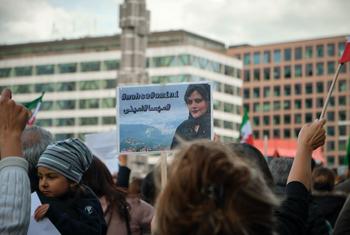 Authorities in Iran must fully respect the rights of protestors calling for justice for Mahsa Amini, the young woman who died in custody after being arrested for allegedly violating strict dress codes, the UN human rights office, OHCHR, said on Tuesday. Later in the day, the UN chief said he was becoming "increasingly concerned" about reports of the death toll rising, "including women and children."