© UNICEF/Shehzad Noorani
Girls read from their textbooks at the Dasht-e-Barchi Education Centre in Kabul, Afghanistan. (file)

The UN has condemned a suicide bombing in the Afghan capital Kabul which has left more than 20 dead, according to latest news reports, many of them young women who were sitting mock exams at an education centre.

Dozens more were wounded at the Kaaj tuition centre, in the Dasht-e-Barchi area in the western part of the capital, which the UN Assistance Mission in Afghanistan (UNAMA) noted in a tweet, is a Hazara and Shia-majority area.

Deeply saddened by this despicable attack in a learning center in Afghanistan that has yet again cut lives, hopes and dreams short for so many.  Our hearts and thoughts are with their families. Children and adolescents must never be targets of violence. https://t.co/KiuBe5JCDn

No group has yet claimed the attack, but affiliates of the terrorist group ISIL, or Daesh, have often targeted the Hazara minority in Afghanistan.

“The UN family condemns the outrage, extending its deep condolences to all those in mourning”, said the mission.

News reports said that the attacker shot at guards outside the facility, and then entered a classroom before detonating a bomb. Hundreds of students are reported to have been in the room at the time.

UN Children’s Fund, UNICEF, issued a statement saying it was “appalled the by horrific attack” early on Friday morning.

“This heinous act claimed the lives of dozens of adolescent girls and boys and severely injured many more. The victims were practising for the entrance exam to university.

"UNICEF offers its heartfelt condolences to all families affected by this terrible event and wishes a swift recovery to the injured.”

The agency said that any violence in any educational environment was “never acceptable”.

"Such places must be havens of peace where children can learn, be with friends, and feel safe as they build skills for their futures”, the statement continued.

"Children and adolescents are not, and must never be, the target of violence. Once again, UNICEF reminds all parties in Afghanistan to adhere to and respect human rights and ensure the safety and protection of all children and young people."

In a statement released by his Spokesperson later in the day, UN Secretary-General António Guterres strongly condemned the attack.

"Education is a fundamental right and an essential driver for sustainable peace and development. The Secretary-General reiterates his call on all parties to ensure the protection of civilians. He also calls on the de facto authorities to protect the rights of all Afghans - regardless of ethnicity or gender - to access education safely and securely."

The district where the attack happened is a predominantly Shia area and home to the minority Hazara community, who are historically one of the most severely persecuted groups in Afghanistan.

This abuse has not stopped since the Taliban seized power in coup in August last year, according to a report by UN Special Rapporteur on the situation of human rights in Afghanistan Richard Bennett.

In his report to the Human Rights Council on 6 September, Mr. Bennett detailed how Hazara communities have been subjected to multiple forms of discrimination, negatively affecting their economic, social, cultural and human rights.

“There are reports of arbitrary arrests, torture and other ill-treatment, summary executions and enforced disappearances,” the Special Rapporteur insisted. “In addition, an increase in inflammatory speech is being reported, both online and in some mosques during Friday prayers, including calling for Hazaras to be killed.”

The top rights expert, who works in an independent capacity, also explained how Afghanistan’s de facto rulers had appointed Pashtuns “to senior positions in government structures in Hazara dominated provinces”.

This had led to forcible evictions of Hazaras and imposed religious taxation contrary to Shia principles, Mr. Bennett said. 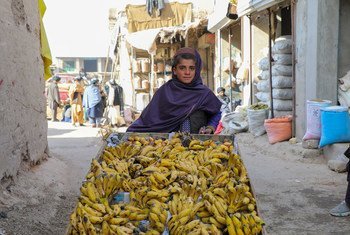 “Patience is running out” for many in the international community when it comes to effectively engaging with Afghanistan’s de facto rulers, the Taliban, senior UN envoy for the country, Markus Potzel, told the Security Council on Tuesday. 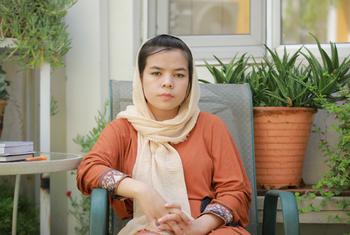 Forced out of school, but refusing to give up on education in Afghanistan

Girls in Afghanistan have been forced out of high school, ever since the Taliban returned to power a year ago. A United Nations-backed initiative is training girls to help others in their situation, educating their peers until they are able to return to formal schooling.