UN Photo/Manuel Elías
Secretary-General António Guterres addresses a high-level meeting on the Sahel during the seventy-seventh session of the United Nations General Assembly.

The UN chief on Monday issued a statement expressing deep sadness at the death of 15 people, including 11 children, at a school in the Russian city of Izhevsk, following an attack by a lone gunman who killed himself at the scene. Two dozen people were wounded.

According to news reports, the gunman who was known to authorities and was a former pupil at the school Number 88, was wearing a Nazi swastika on his T-shirt during the attack, and Russian authorities are investigating the perpetrator’s suspected neo-Nazi links.

In a statement issued by his Deputy-Spokesperson, UN Secretary-General António Guterres, strongly condemned the “act of violence, and expresses his deepest condolences to the families of the victims, as well as to the Government and people of the Russian Federation. He wishes those injured a speedy and full recovery.”

Deeply shocked by the shooting of children and their teachers at school No.88 in #Izhevsk #Russia. I strongly condemn this horrendous attack.Deepest condolences to families of victims &amp; Russian people. We need immediate action to stop this senseless violence and make schools safe

News reports said that the attacker, who was in his early 30s, killed two security guards at the school then opened fire on students and teachers. All but two of those wounded were children. He had been armed with two pistols and a large supply of ammunition.

The school is located in western Russia, some 600 miles (965 kilometres) east of Moscow. Izvesk is the capital of the Udmurt Republic.

The head of UN Educational, Scientific and Cultural Organization, UNESCO, Audrey Azoulay, tweeted that she was deeply shocked by the shooting of children and their teachers at the school.

“I strongly condemn this horrendous attack. Deepest condolences to (the) families of victims and the Russian people. We need immediate action to stop this senseless violence, and make schools safe.”

UN Children's Fund (UNICEF) chief, Catherine Russell, tweeted later on Monday that "every child has the right to be safe in school, wherever they are and whatever their circumstances."

The attacker had reportedly been registered with a local psychiatric facility.

There have been several school shootings in Russia in recent years including in the provincial capital of Kazan, in May 2021, when nine people were killed by a gunman – seven students and two employees - and last September, when six were killed and 47 injured, on a university campus, in the city of Perm.

In response to those incidents, the Russian Government reportedly tightened gun ownership laws. 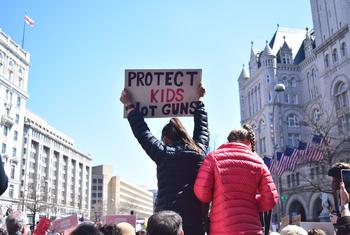 Governments must take greater action to ensure school remains a safe place for boys and girls, the head of the UN children’s agency, UNICEF, said on Wednesday, following the latest deadly school shooting in the United States. 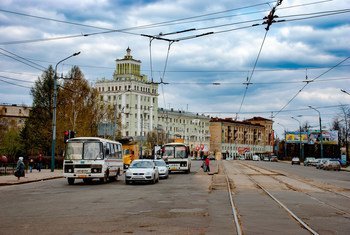 UN Secretary-General António Guterres has strongly condemned the deadly shooting at a school in the Russian city of Kazan on Tuesday, which claimed the lives of two adults and seven children.