© Unsplash/Ali Ahmed
Tartus, a city on the Mediterranean coast of Syria. Around 20 survivors of a shipwreck on 23 September, were transferred to hospital there, and at least 70 reportedly died in coastal waters.

In a joint news release issued late on Thursday, the International Organization for Migration (IOM), the UN refugee agency, UNHCR, and UN relief agency for Palestine refugees (UNRWA) said the boat had reportedly set off towards Europe on Tuesday from the port of Miniyeh, near Tripoli, Lebanon, carrying between 120 and 170 passengers.

The shipwreck off the coast of Syria late Thursday is simply tragic. The boat carried 120-170 migrants and refugees, mostly Syrians, Lebanese and Palestinians. We will offer support to bereaved families. @UNmigration @UNRWA https://t.co/lZYktLZWdy

Search and rescue operations have confirmed that at least 70 people died in Syrian waters.

“Early reports indicate that 20 people were transferred to the hospital in the city of Tartous, some in a serious condition”, said the statement.

News reports said that boat was believed to be en route to Europe, but it is unclear what led to the sinking.

In Lebanon, the three agencies are following up with the relevant authorities and will offer support to bereaved families, the reported. UNHCR in Syria is also providing some material support to the survivors who are recovering from their ordeal in Tartous.

“This is yet another heart-wrenching tragedy and we extend our deepest condolences to all those impacted,” said Filippo Grandi, UN High Commissioner for Refugees.

“We call for full solidarity from the international community to help improve the conditions of forcibly displaced people and host communities in the Middle East, particularly in countries neighbouring Syria. Too many people are being pushed to the brink.”

António Vitorino, IOM Director General, declared that those simply looking for safety “should not be compelled to take such perilous and often deadly migration journeys”.

“We must work together to increase safe and legal pathways to regular migration to help reduce loss of life and protect vulnerable people on the move.

© UNICEF/Ashley Gilbertson
Volunteers help refugees arriving on the island of Lesbos, in the North Aegean region of Greece. (file)

‘Nobody gets in these boats lightly’

“This is just tragic. No one gets on these death boats lightly. People are taking these perilous decisions, risking their lives in search of dignity”, said UNRWA Commissioner-General, Philippe Lazzarini.

“We must do more to offer a better future and address a sense of hopelessness in Lebanon and across the region, including among Palestine refugees”.

In response to increased sea departures from the region over the past months, IOM, UNHCR, and UNRWA are calling on coastal States “to increase efforts to build their capacity to provide search and rescue services and to work to ensure predictability in identifying safe places of disembarkation.”

However, the agencies argue that it’s even more critical, that action be taken to address the root causes of these movements and for the international community, in line with the principle of sharing responsibility, to strengthen access to safer, alternative pathways.

“Much more humanitarian and development support must also go to those displaced and host communities throughout the region to help stem their suffering and improve their living conditions and opportunities.

“Failing this, refugees, asylum-seekers, migrants, and internally displaced people will continue to take dangerous journeys in search of safety, protection, and a better life.”

The UN Children's Fund, UNICEF, said in a statement issued later on Thursday, that the tragedy, "and those that have come before it, are harsh reminders that collective action is urgently needed to stop families dying at sea."

The agency reported that another boat carrying some 55 migrants, had also sunk off the Greek coast, with three children reported missing. Lebanon with it's spiralling crises, has witnessed a rise in "desperate attempts" to flee the country in recent months, "that have left many dead", UNICEF noted.

“Each and every death of a child at sea underscores the need to protect and support children where they are and expand options for children and families to move safely, without having to risk their lives."

The agency said it was standing by to provide help to the children and families affected, and remains committed to working with Lebanon and other countries in the region, "to ensure children’s safety and wellbeing at all time." 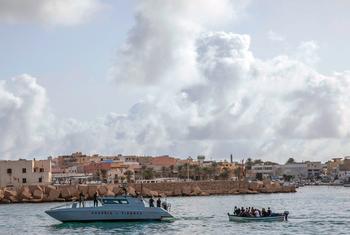 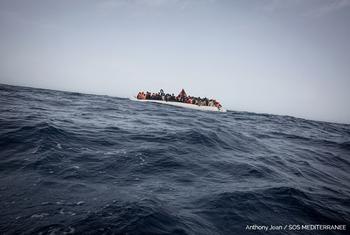 Over the past two weeks, at least 70 migrants have gone missing at sea and are presumed dead off the coast of Libya, the UN migration agency said on Thursday.