© ADB/Al Benavente
A technician works on a wind turbine in the Philippines.

A year after the UN launched an initiative to accelerate green and digital job creation, and expand social protection, the Secretary-General on Friday urged world leaders to “put people first” by making massive investments in their future wellbeing.

According to António Guterres, the Global Accelerator on Jobs and Social Protection for Just Transitions aims to rebalance societies by putting decent jobs and social protection at the centre of sustainable development.

“The path of inaction leads to economic collapse and climate catastrophe, widening inequalities and escalating social unrest”, which could leave “billions trapped in vicious circles of poverty and destitution”, he warned a High-Level meeting during the 77th General Assembly in New York.

© ADB
Female construction workers help to build the foundation for a wind farm in Thailand.

Mr. Guterres commended the actions of countries such as Togo, which deployed innovative digital solutions to expand social protection to hard-to-reach populations, and South Africa, which recently launched a Just Energy Transition partnership.

“It is imperative that we provide the support needed – at speed and at scale – to keep the momentum and ambition of these and similar initiatives alive”, he underscored.

He said the present economic system is unfair, boosting inequalities and pushing more people into poverty, and that’s why it requires a deep structural reform.

“We are working hard to achieve that – but change won’t happen overnight. In the interim, the Global Accelerator is a critical tool to help provide immediate support to people in need and advance action towards transformative change for all”, he said.

The initiative aims to create 400 million new decent jobs—especially in the green, care and digital economies— and extend social protection to the over four billion people currently without coverage.

It is also meant to be a tool to help the world manage the massive transformations in areas such as digital, climate, or demographic change, that will fundamentally change societies in the coming decades.

© ADB
A woman installs a solar panel on a roof in Bhutan.

Youth at the centre

Meanwhile, The UN’s Special Envoy for Youth, Jayathma Wickramanayake, reminded world leaders that young people must be at the centre of all strategies and actions regarding jobs and social protection.

“The total number of unemployed youths worldwide is estimated to reach 73 million in 2022, 6 million above pre pandemic levels in 2019, young women are the hardest hit”, she underscored, adding that young people also experience systemic legal and financial barriers to benefitting from social protection policies and programmes.

“To truly shift this paradigm, we should work with all people including young people as agents of change and not only beneficiaries, and at every level of the just transitions this initiative seeks to enable”, Ms. Wickramanayake said.

@ILO/J.Maillard
Domestic labourers comprise a significant part of the global workforce in informal employment and are among the most vulnerable groups of workers.

Echoing the words of the Secretary-General, the International Labour Organization’s chief, Guy Ryder, warned that the world is on “red alert”, in the event that effective responses to the overlapping climate and cost of living crises are not found.

“We will see massive suffering, more instability, and potentially more conflict.  But it doesn’t have to be this way”, he explained.

Mr. Ryder underscored that it is crucial to address the current bottlenecks to expand and safeguard the 3,000 social protection and labour market stimulus measures put in place by governments at the height of the COVID-19 pandemic.

“We all know what those bottlenecks are: the lack of financing that is scalable, sustainable, socially inclusive and it supports just transitions; the persistent challenges of informality; the limited fiscal space; and the lack of institutional capacity in many countries”, he added.

The ILO Director General emphasized that the Global Accelerator is a UN proposition to “collectively address these bottlenecks”, and to change the life of billions for the better.

“The four billion women, men and children who have no social protection; the two billion workers in the informal economy; and the millions of men and women who risk losing their jobs and incomes”, on a level “not seen for a generation”, he noted.

Mr. Ryder highlighted that the Global Accelerator was not a distraction from the crisis of climate, fuel, food and finance, but instead a “crucial component” of the necessary global response to address them. 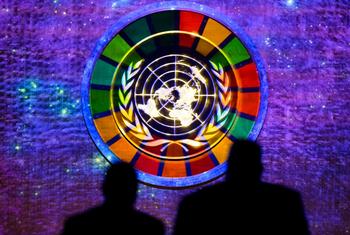 The UN Secretary-General and the President of the 77TH General Assembly joined world leaders and Goodwill Ambassadors on Monday in a global call to rescue the Sustainable Development Goals (SDGs) and get back on track to building a better world that “leaves no one behind”. 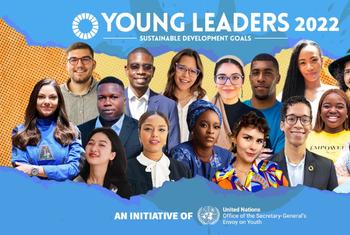 On Wednesday, the UN announced the 2022 cohort of Young Leaders for the Sustainable Development Goals, recognizing their efforts to bring about a fairer future for people and the planet.