© UNICE/Mohammad Haya Burhan
A thirteen-year-old girl studies at home in Kabul after the Taliban announced that schools would not reopen for Afghan girls in grades 7-12.

Marking one year since Afghanistan’s de facto rulers decreed that girls should be excluded from high school, UN chief António Guterres has urged the Taliban to “let them back in” without delay.

In a strong personal appeal, the UN Secretary-General tweeted on Sunday that the past 12 months represented “a year of lost knowledge and opportunity that they will never get back”.

Sunday marks one year since girls were banned from attending high school in Afghanistan.A year of lost knowledge and opportunity that they will never get back.Girls belong in school. The Taliban must let them back in.

Echoing Mr. Guterrres’s call, the UN Mission there repeated its demand for the ban to be overturned immediately.

Markus Potzel, acting head of the UN Assistance Mission in Afghanistan (UNAMA), described the anniversary on Sunday as “a tragic, shameful, and entirely avoidable” development.

The ongoing exclusion of girls from secondary school classes “has no credible justification and has no parallel anywhere in the world,” Mr. Potzel said.

He added that the decision – taken soon after Taliban fighters rapidly overran Kabul last August - had been “profoundly damaging to a generation of girls and to the future of Afghanistan”.

When Afghanistan’s high schools reopened to boys on 18 September last year, the newly installed Taliban rulers issued an order for girls aged 12 to 18, to remain at home, impacting grades seven to 12.

It’s estimated that more than one million girls have been barred from attending high school lessons over the past year, despite international condemnation and promises from the authorities that the situation would be remedied.

“The UN yet again calls upon the Taliban to reverse the slew of measures they have introduced restricting Afghan women and girls’ enjoyment of their basic rights and freedoms,” said Mr. Potzel, who is also the UN Secretary-General’s Deputy Special Representative for Afghanistan.

“The window of opportunity may be narrowing, but we urge them to take concrete steps – such as actively enabling girls to return to high school – that can lift Afghanistan up and give hope to its people.”

The Afghan expert and veteran diplomat – who recently served as Ambassador of Germany to Afghanistan – insisted that the onus was on the Taliban “to create favourable conditions for peace, inclusion, security, human rights and economic recovery”.

And he added that the international community “remains ready” to support a government represented “all its people and respects their rights”. 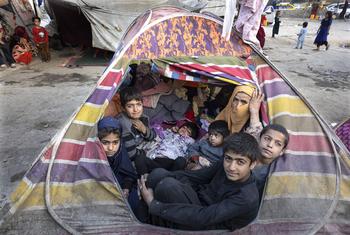 Humanitarians have stayed and delivered in Afghanistan in the year since the Taliban takeover, and it is imperative that the international community continues to do the same while the de facto authorities must also do their part, the Security Council heard on Monday. 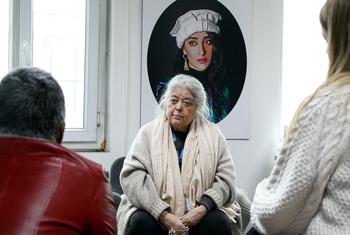 First Person: ‘We are the hope, we are the power keeping Afghanistan together’

Mahbouba Seraj, one of the world’s most prominent women’s rights activists, chose to stay in Afghanistan after the Taliban takeover in August 2021, to witness what was happening to her country, and to work for a society that benefits all of its people.