IOM/Amanda Nero
Unlike in other parts of the Africa, women constitute the majority of migrants in the East and Horn of Africa Region.

Water stress and hazards like withering droughts and devastating floods are hitting African communities, economies and ecosystems hard, according to a new report launched on Thursday by the World Meteorological Organization (WMO).

The State of the Climate in Africa 2021 reveals that rainfall patterns are disrupted, glaciers are disappearing and key lakes are shrinking.

And rising water demand, combined with limited and unpredictable supplies, threatens to aggravate conflict and displacement.

“The worsening crisis and looming famine in the drought-stricken Horn of Africa shows how climate change can exacerbate water shocks, threatening the lives of hundreds of thousands of people and destabiliizing communities, countries and entire regions,” said WMO Secretary-General Petteri Taalas.

The report shows how extreme weather and climate change are undermining human health and safety, food and water security, and socio-economic development.

While Africa accounts for only about two to three per cent of global greenhouse gas emissions, it suffers disproportionately from it.

With a special focus on water, The State of the Climate reveals that high water stress is estimated to affect about 250 million people on the continent and displace up to 700 million individuals by 2030.

Four out of five African countries are unlikely to have sustainably managed water resources by 2030.

“Africa’s climate has warmed more than the global average since pre-industrial time,” warned Mr. Taalas, noting that the sea level rise along African coastlines is faster than the global mean.

He observed that that this is contributing to increases in the frequency and severity of coastal flooding and erosion, and salinity in low-lying cities.

Currently only 40 per cent of the African population has access to early warning systems against extreme weather and climate change impacts.

At the request of Secretary-General António Guterres, WMO is spearheading a campaign to ensure universal access to early warnings in the next five years.

More than 40 African States have revised their national climate plans to make them more ambitious and add greater commitments to climate adaptation and mitigation.

The State of the Climate report makes a number of recommendations, including to strengthen early warning systems, increase transboundary cooperation, data exchange and knowledge sharing.

It underscores that the need for more investment in adaptation is crucial, as is a concerted drive towards more integrated water resource management.

The report was launched with an accompanying digital story map at a Ministerial Meeting on Integrated Early Warning and Early Action System initiative in Maputo, Mozambique. 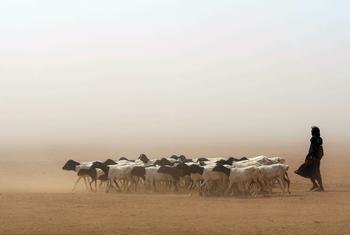 As millions of people in the Greater Horn of Africa have already “suffered the longest drought in 40 years,” parts of the region are bracing for a fifth consecutive failed rainy season, the World Meteorological Organization (WMO) has reported. 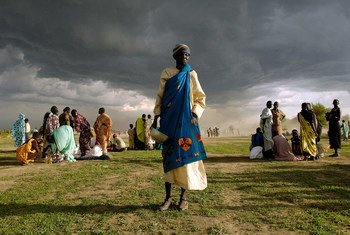