UNIC Rio
The Jewish ritual of lighting candles at dusk, Hadlakat Nerot, is being executing at the beginning of Shabbat in Rio de Janeiro, Brazil.

On the International Day for victims of acts of violence based on religion or belief, commemorated on Monday, the UN chief reiterated his staunch support for those who have suffered.

During the day set aside to honour the victims who have lost their lives or suffered for exercising their fundamental rights to freedom of thought, conscience, and religion or belief, Secretary-General António Guterres  issued a statement standing in “firm solidarity”.

“Hate speech, online or offline, continues to fuel violence against vulnerable members of society, including ethnic and religious minorities,” he warned.

#NoToHate: Everyone has right to live in dignity/safety regardless of faith. On Intl Day Commemorating Victims of Violence based on Religion/Belief, learn how #hatespeech operates, why minorities are targeted &amp; how to recognise &amp; stand up to it #Faith4Rights #ALLIn4MinorityRights pic.twitter.com/a3CSsVisdn

‘We must do more’

Despite the General Assembly’s resolution in 2019 to officially observe the day, “persons and communities worldwide continue to face intolerance and violence based on religion or belief,” the top UN official said.

“We must do more to support victims and examine the conditions that drive intolerance and hate”, he added.

“Initiatives like my Call to Action for Human Rights and the UN Strategy and Plan of Action on Hate Speech are tools that can be used to address these complex and pressing issues”.

States have the responsibility to prevent and address discrimination and violence inflicted in the name of religion or belief, reminded Mr. Guterres.

He outlined that this must be done through “comprehensive policies” that promote inclusion, diversity, tolerance and interfaith and intercultural dialogue.

Moreover, the UN chief cautioned that human rights violations perpetrated in the name of religion or belief must be investigated and punished, and “effective reparations need to be provided to victims, in compliance with international human rights law”.

“It is essential that all States, faith leaders and other influential actors condemn all incitement to hatred and violence based on religion or belief,” spelled out the Secretary-General.

“Only a collective, inclusive, and society-wide effort can result in safe co-existence for all and end this blight on our societies”.

Freedom of religion or belief, opinion and expression as well as the right to peaceful assembly and freedom of association, are enshrined in three articles of the Universal Declaration of Human Rights.

Upholding these interdependent, interrelated and mutually reinforcing rights plays an important role in fighting against all forms of belief-based intolerance and discrimination, according to the United Nations.

Furthermore, open, constructive and respectful debates along with interfaith and intercultural dialogue at local, national, regional and international levels can play a positive role in combating religious hatred, incitement and violence.

Together, these freedoms and respects can play help strengthen democracy and combat religious intolerance.

Meanwhile UN-appointed independent human rights experts and senior UN officials argued to condemn the "cynical abuse" of religion as a tool of discrimination, hostility and violence. 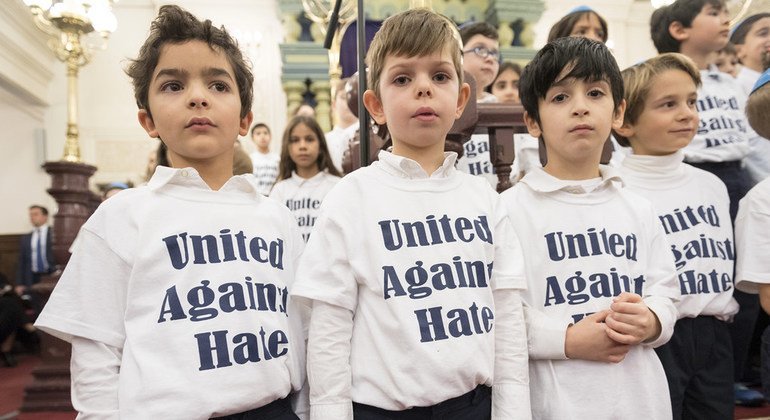 In a joint statement, they deplored the widespread violations suffered by those targeted on the basis of their religion or belief and reminded that the 1981 Declaration on the Elimination of All Forms of Intolerance and of Discrimination offered protection to these individuals.

“Regrettably, we see these standards flouted with impunity in every corner of the world through an alarming number and severity of violations, many targeting persons belonging to religious or belief minorities,” they said.

They also condemned targeting individuals, in the name of religion, referring to the practices a a “tool of discrimination, hostility and violence”.

Online and offline hate speech that take the form of intolerance, discrimination and violence against individuals on the basis of religion or belief “should be addressed and countered”, they underscored.

The statement concluded by stressing the importance of “working together” to advance respect for the human rights, dialogue, understanding and peace.

Violence against elderly has risen during COVID, UN expert warns

Rising poverty a ‘moral indictment of our times’: Guterres 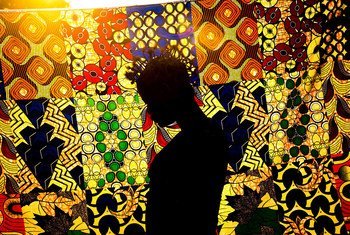 Guterres: 'Let us build bridges between the faiths'