The number of young people globally who can’t find a job this year is set to reach 73 million – that’s a full six million more than before COVID-19 – the UN labour agency said on Thursday.

According to the International Labour Organization (ILO), the pandemic has caused many additional problems for 15 to 24-year-olds who’ve experienced “much higher” unemployment losses than older workers since the global health emergency was declared in early 2020.

Young women have struggled more than their male counterparts to find work, while Arab nations are expected to see the highest levels of youth unemployment by the end of the year, compared to the global average.

Our new Global Employment Trends for Youth report shows youth unemployment still 6 million above pre-#COVID19 levels. 23% of young people are not in employment, education or training.Investment needed in education, #skills and decent jobs in key sectors.pic.twitter.com/xg9dpnfE4D

“We know that the COVID-19 pandemic has wreaked havoc on youth labour markets around the world,” said Martha Newton, ILO Deputy Director-General for Policy. “It’s exposed a number of shortcomings in the way the needs of young people are addressed, especially the most vulnerable first-time job seekers, school dropouts, fresh graduates with little experience and those who remain inactive not by choice.”

Speaking at the launch of ILO’s report, Global Employment Trends for Youth 2022: Investing in transforming futures for young people,  Ms. Newton said that the share of youth not in employment, education or training in 2020 rose to 23.3 per cent.

That represents an increase of 1.5 percentage points from 2019 and represents a level not seen in at least 15 years, the ILO report found.

“This group of young people are at particular risk of seeing their labour market opportunities and outcomes deteriorate also over the longer-term as ‘scarring’ effects take hold,” the report noted.

The report’s takeaways include the worrying finding that young women are worse off than young men when it comes to finding a job. This year, fewer than three in 10 young women globally are expected to be in work, compared to well over four in 10 young men.

Only high-income countries on course to recover

Latest labour data scrutinised by ILO also indicated that only high-income counties are likely to see a recovery in youth unemployment levels “close to those of 2019” by the end of this year.

In lower-income countries, youth unemployment rates are projected to remain more than one percentage point above pre-crisis values.

In Africa, the continent’s youth unemployment rate of 12.7 per cent masks the fact that many youths have chosen to withdraw from the labour market altogether, ILO said. It noted that “over one in five young people in Africa was not in employment, education, or training in 2020, and the trend has been deteriorating”.

In Europe and Central Asia, unemployment among 15 to 24-year-olds is expected to be 1.5 per cent higher than the rest of the world this year (16.4 per cent compared with 14.9 per cent). Although there has been “substantial progress” in reducing youth unemployment for both women and men, ILO said that the fallout of Russia’s invasion of Ukraine was “highly likely to affect the results”.

While the Asia Pacific region is set to see 14.9 per cent of young workers still looking for a job by the end of the year, in line with the global average, the picture will likely remain worrying in Latin America, where the rate is expected to be 20.5 per cent.

The picture is radically different in North America, however, where the youth and young adult unemployment rate is expected to be well world average levels, at 8.3 per cent.

Solutions are green and blue

To address the problem, the UN labour agency urged governments to implement sustainable green and blue (ocean) policy measures. According to the report, this could generate an additional 8.4 million jobs for young people by 2030.

Targeted investments in digital technologies could also absorb high numbers of young workers, ILO maintained. By achieving universal broadband coverage by 2030, some 24 million new jobs could be created worldwide it said, with young workers taking 6.4 million of them. 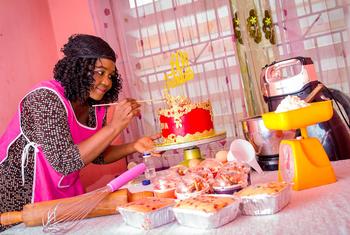 Young people must be recognized around the world as “drivers of change” and empowered to become “fully engaged in decisions affecting their future,” said Secretary-General António Guterres on Friday, World Youth Skills Day. 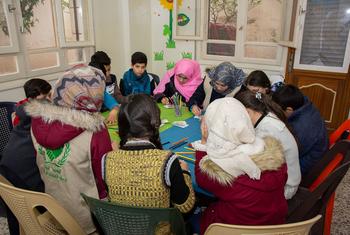 More than 33 million new jobs need to be created by 2030 in the Middle East and North Africa region by 2030, if the world’s largest unemployment hot spot is to be substantially improved, four United Nations agencies said on Monday.