UNAMA/Shamsuddin Hamedi
Women and children have been the most impacted by the current humanitarian crisis in Afghanistan.

A new report from the UN Mission in Afghanistan (UNAMA) released on Wednesday, confirms the erosion of basic human rights across the country since the Taliban takeover in August last year, pointing out they bear responsibility for extrajudicial killings, torture, arbitrary arrests and detentions, and violations of fundamental freedoms.

The UNAMA findings, confirm many of the concerns voiced over the direction of human rights under the Taliban 11 months ago, after foreign forces pulled-out and the elected government collapsed.

The de facto authorities have limited dissent by cracking down on protests and curbing media freedoms according to the report.

“The rights to freedom of peaceful assembly, freedom of expression and freedom of opinion, are not only fundamental freedoms, they are necessary for the development and progression of a nation”, said Fiona Frazer, UNAMA Chief of Human Rights.

They allow meaningful debate to flourish, also benefiting those who govern by allowing them to better understand the issues and problems facing the population.”

Eleven months after Afghanistan’s abrupt transition to Taliban rule, the erosion of women’s rights is one of the most notable aspects of the de facto administration to date.

Women and girls have seen their rights to access education, the workplace and participate in public life, restricted. Not allowing girls to go to secondary school means that a generation of girls will not complete their full 12 years of basic education, UNAMA highlighted.

“Education is not only a basic human right, but the key to the development of a nation,” said Markus Potzel, the UN acting Special Representative for Afghanistan.

“It is beyond time for all Afghans to be able to live in peace and rebuild their lives after 20 years of armed conflict”, he added. “Our monitoring reveals that despite the improved security situation since 15 August, the people of Afghanistan, in particular women and girls, are deprived of the full enjoyment of their human rights”.

While the report acknowledges steps taken by Taliban authorities to reduce violence, UNAMA still recorded 2,106 civilian casualties, with 700 killed, and 1,406 wounded. Those causalities are mainly attributed to targeted attacks by the terrorist group which identifies itself as the Islamic State in Iraq and the Levant – Khorasan Province, against ethnic and religious minority communities.

UNAMA is concerned about the impunity with which members of the de facto authorities appear to have carried out human rights violations.

According to the report, those worst affected, were those linked to the former government and its security forces, with 160 extrajudicial killings confirmed, as well as 178 arbitrary arrests and detentions, and 56 instances of torture.

The human rights situation has been exacerbated by a nationwide economic, financial and humanitarian crisis of unprecedented scale. At least 59 per cent of the population is now in need of humanitarian assistance – an increase of six million people compared with the beginning of 2021.

UNAMA/Fardin Waezi
Afghan women work on a farm on the outskirts of Kabul. (file)
♦ Receive daily updates directly in your inbox - Subscribe here to a topic.
♦ Download the UN News app for your iOS or Android devices. 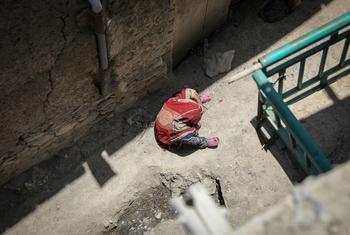 From the Field: Afghan earthquake survivors look to rebuild their lives

Afghans caught up in the devastating earthquake that hit the country on June 22, killing more than 1,000 and injured over 6,000 people, are sharing their traumatic stories. 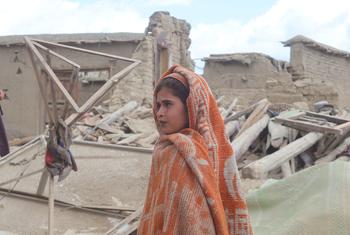 The situation for women is so desperate in Afghanistan that they are committing suicide at a rate of one or two every day, the Human Rights Council has heard.