© UNICEF/Cesar Poveda
Vaccines, including Hepatitis B, are administered during a mass vaccination day in Venezuela.

In addition to tackling COVID and the monkeypox outbreak, the UN health agency has also been keeping a close eye on the puzzling spread of hepatitis in previously healthy children, which has left dozens needing lifesaving liver transplants.

According to a new update on Wednesday from the World Health Organization (WHO), 35 countries in five regions of the world have now reported more than 1,010 probable cases of unexplained severe acute hepatitis, or liver inflammation, in youngsters, since the outbreak was first detected on 5 April.

So far, 22 children have died, and almost half of the probable cases have been reported in Europe, where 21 countries have registered a total of 484 cases.

Latest update on severe acute #hepatitis of unknown cause in children https://t.co/H2nPUfpfix pic.twitter.com/IZFA89Yl5T

The next highest caseload is in the Western Pacific Region (70 cases), Southeast Asia (19) and the Eastern Mediterranean (two cases).

Seventeen countries have reported more than five probable cases, but the actual number of cases may be underestimated, in part owing to the limited enhanced surveillance systems in place, said WHO.

According to the UN health agency’s latest assessment, the risk of this paediatric hepatitis outbreak spreading is “moderate”.

Out of 100 probable cases with available clinical data, the most commonly reported symptoms were nausea or vomiting (in 60 per cent of cases), jaundice (53 per cent), general weakness (52 per cent) and abdominal pain (50 per cent).

The average time between the onset of symptoms and hospitalization, was four days.

In laboratory tests, WHO said that hepatitis A to E had not been present in the affected children. Other pathogens such as the coronavirus were detected in a number of cases, but the data is incomplete, the UN health agency said.

Adenoviruses – which cause a wide range of illnesses, such as colds, fever, sore throats and pneumonia – have been “the most frequently detected pathogen” in cases of paediatric hepatitis, WHO said.

In Europe, adenovirus was detected by polymerase chain reaction tests (PCR) in 52 per cent of the child hepatitis cases (193/368) so far; in Japan, it was found in just nine per cent of cases (5/58).

Owing to limited adenovirus surveillance in most countries, it is quite possible that the true number of cases of child hepatitis is higher than currently known.

To promote better understanding of where the outbreak is happening, WHO has launched a global online survey, which will also help to compare current cases with data from the last five years.

WHO has shared the voluntary survey across nine global and regional networks of paediatric hepatologists who specialise in problems associated with the liver and other organs, along with other specialist medics working in major national units, requesting aggregated data as part of the global event investigation. 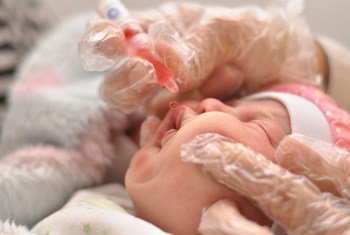 The UN health agency pointed out on Wednesday, World Hepatitis Day, that every 30 seconds a person dies from a hepatitis-related illness and called for all countries to work together to eliminate this preventable disease as a public health threat by 2030. 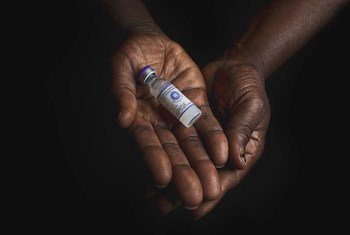 Calling for “bold political leadership” ahead of World Hepatitis Day, the UN World Health Organization (WHO) on Friday urged countries to take advantage of recent reductions in the costs of diagnosing and treating viral hepatitis and scale up investments in disease elimination.