A sharp increase in prices of essential goods in the Central African Republic (CAR) linked to war in Ukraine, will likely have a devastating impact on the already dire humanitarian situation there in coming weeks, the UN World Food Programme (WFP) said on Tuesday.

Some 2.2 million people are already acutely food insecure in the Central African Republic, meaning that the global food, fuel and fertilizer crisis sparked by the Russian invasion of its neighbour on 24 February, will put basic food commodities and staples “out of the reach of many people”, warned Tomson Phiri, WFP spokesperson.

A sharp increase in the prices of essential goods in the Central African Republic linked to the war in Ukraine will likely have a devastating impact on the already dire humanitarian situation there, warns @PhiriTomson of @WFP at today's @ungeneva press briefing. pic.twitter.com/eoxhnnH4PP

“The figure may not shock you out of your seats, but when you look at the population size, that’s nearly half the population of the Central African Republic,” he told journalists in Geneva.

As bad as it gets

To put CAR’s food insecurity crisis into context, the country is on a par with Yemen, South Sudan and Afghanistan, in terms of its proportion of acutely food insecure people.

Its problems stem from protracted internal armed conflict since 2012 that has killed thousands, driven mass displacement and left two out of three civilians dependent on humanitarian aid, amid fighting between the mostly Christian anti-Balaka militia and the mainly Muslim Séléka rebel coalition.

Just last month, the senior UN official in the country, Valentine Rugwabiza, told the Security Council that horrific attacks against civilians had risen, while efforts to chart a peaceful future for the country had lapsed into a state of “de facto lethargy”.

The Secretary-General’s Special Representative for the Central African Republic was referring to CAR’s adoption of its Joint Road Map for Peace in October 2021, which represented an attempt to implement a 2019 peace agreement, known as the Khartoum Accord, signed between the Government and 14 non-State armed groups.

Structural factors have also contributed to a “progressive deterioration” of livelihoods and food security, such as high demographic growth, widespread poverty, unemployment and the degradation of natural resources.

Although the country often sees fuel shortages between May and July that correspond to the beginning of the rainy season, this year, CAR started running dry this year in mid-March. The impact on the UN agency’s relief efforts and local populations will likely be dramatic and lead to “an early hunger gap”, it warned in a statement.

“At the back of our minds as well, is the impact that fuel - which is out of reach - high transport costs, is having on our own operations,” said Mr. Phiri. “Now, because we are struggling as well as an agency, what that means is that our teams on the ground are making last-ditch efforts to preposition food into deficit areas. Now, prepositioning is when we move food in advance of the lean season and the rainy season which cuts access to nearly half the country.” 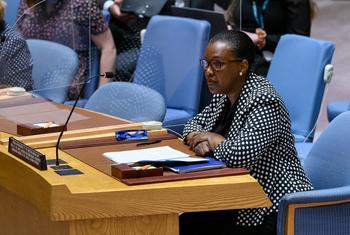 Efforts are underway to reinvigorate the Central African Republic’s political process, which has lapsed into a state of “de facto lethargy” even as horrific attacks against civilians have risen, the senior UN official in the country told the Security Council on Wednesday. 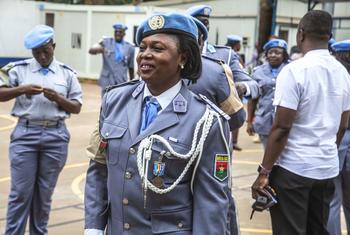 Women are often “placed second or even ignored” when they are employed as corrections officers in prisons and other detention centres, according to Téné Maimouna Zoungrana, an officer from Burkina Faso serving with the UN Mission in the Central African Republic (MINUSCA).