© Ocean Image Bank/Sören Funk
One of the biggest threats to our oceans is man-made pollution.

On Monday, thousands of people gathered at Altice Arena in Lisbon, Portugal, for the first day of the long-awaited UN Ocean Conference. Riding on the global momentum generated by the event, experts are pushing for a new international commitment to combat pollution, including at sea.

According to the UN Environment Programme (UNEP), the amount of marine litter and plastic waste, has been growing rapidly. And without meaningful action, emissions of plastics into aquatic ecosystems, are projected to nearly triple by 2040.

"I want to share the magic and the power of the ocean."Newly designated @UNESCO Champion for the Ocean and Youth and world-famous Brazilian surfer, Maya Gabeira, reminds us at the #UNOceanConference, that collectively we can #SaveOurOcean. #OceanDecade pic.twitter.com/pL1ashuf48

Following the high-level plenary, a panel of experts met to discuss the marine pollution issue, focusing on finding solutions.

Pollution cuts across several sectors and is strongly interconnected with the other planetary crises of climate change and biodiversity loss. Combatting marine pollution is a global challenge, that needs a global approach if it’s to be mitigated, experts remarked.

“Sea-based pollution, including discharges and spills from vessels and the presence of abandoned, lost, or otherwise discarded fishing gear, continues to be of concern, with plastics and microplastics from numerous sources, untreated wastewater and nutrient run-off still polluting the oceans”, said a statement published by organizers of the event.

Speaking in Lisbon, Janis Searles Jones, Chief Executive Officer at the Ocean Conservancy, in Portland, Oregon, stressed that “life below water is essential to life above water”, and underlined the urgency of reducing single-use plastic, and faster action.

On the sidelines of the Conference, the UN educational and scientific agency (UNESCO) named giant-wave surfer and two-time Guinness World Record holder, Maya Gabeira, Champion of the Ocean and Youth. 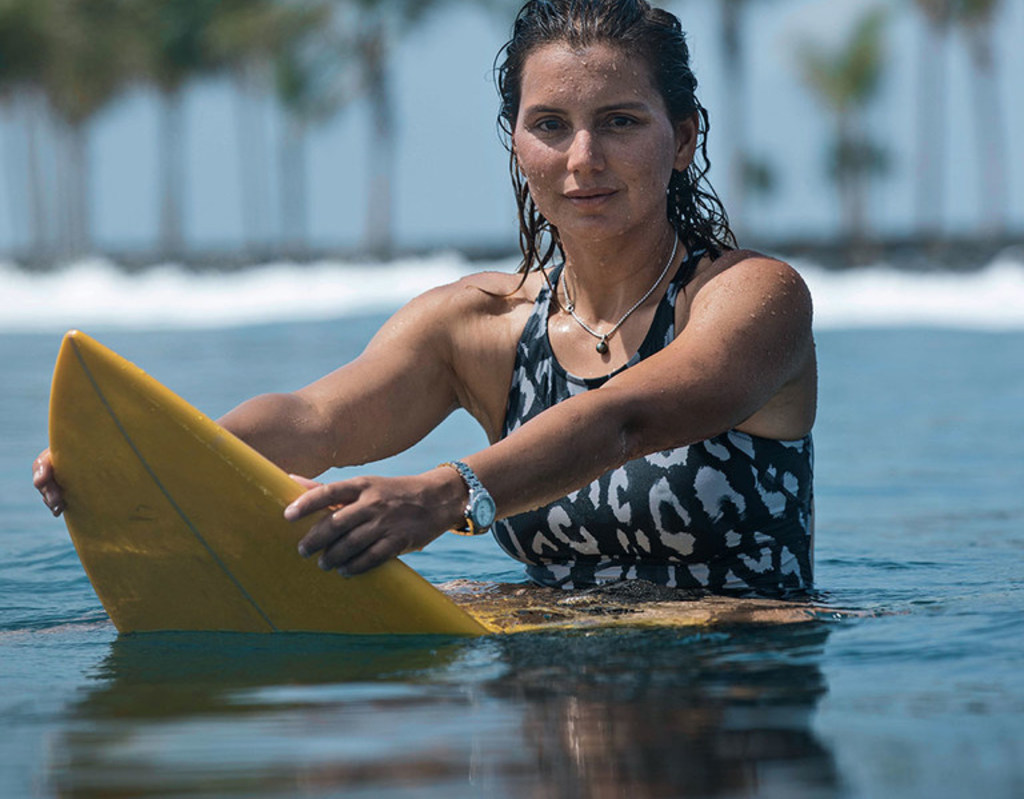 © Ana Caterina
Maya Gabeira is a Brazilian big-wave surfer, best known for setting the 2020 World Record for the biggest wave ever surfed by a woman.

Speaking at an event in the SDG Media Zone – “Empowering youth for the Ocean we need” - the Brazilian athlete shared that even in her most remote surfing spot - which she can only reach after travelling for 55 hours - she finds plastic surrounding her when she is catching the waves.

“It is very sad when you are surfing and the tide turns and all that plastic moves into you, and you are trying to make space, or put whatever you can in your pockets to bring to a recycling trash, but we know that’s not even a dent, and that is not the solution.”

Speaking to UN News, Ms. Gabeira reiterated the importance of educating herself and of learning ways of creating less of a footprint – not just by using less plastic, but also by using her platform to “scream as loud” as possible, to drive change, adding that every single one of us, can make a difference.

At the event, UNESCO’s Director-General Audrey Azoulay reiterated the commitment to integrate ocean education into national curricula of all Member States by 2025, underlining the importance of ocean literacy.

According to UNEP’s most recent data, and despite current initiatives and efforts, the amount of plastic in the ocean is now estimated to be 75-199 million tons.

Population increases, changes in consumption patterns and other types of behaviour, and greater market accessibility lead to higher waste generation, while the resources and technical capacity for sound waste management are limited in some countries which decide they have more pressing public spending needs.

All these pollution challenges require national and regional cooperation and knowledge-sharing among diverse stakeholders, experts warned.

For fashion designer and UNESCO Goodwill Ambassador, Oskar Metsavaht, fashion is also a way of changing attitudes and behaviour, just like any other art form, such as cinema and music, he told UN News.

A major concern among environmentalists is what happens during the breakdown of plastics in the ocean, chiefly in the form of microplastics – which are small pieces of plastic less than 5 mm in diameter - and chemical additives, which are known to be toxic and hazardous to human and wildlife health, as well as ecosystems.

“Youth [needs] not only to question the system, but changing their behaviours of consumerism, and using nature, conservancy, and sustainable development, oceans and forests, to be inspirational”, the creator of the lifestyle brand Osklen added.

“New fabrics, new materials, and new technologies need to be implemented in a sustainable way – we still need to find a solution to avoid the microplastics in fashion”, Mr. Metsavaht concluded.

One of the expected outcomes of the Conference and of the United Nations Decade of Ocean Science for Sustainable Development is to identify science-based and innovative actions to overcome challenges in reaching SDG Goal 14 including in the preventing, reducing, and elimination of marine plastic litter.

During the week, UN News will bring you daily coverage on the Conference as well as interviews, podcasts, and features, which you can access here. 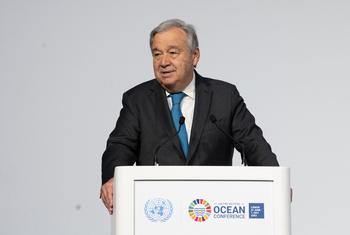 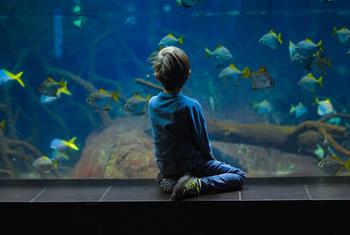