Unsplash/Anita Filabi
A view of a neighborhood in Tehran, Iran.

UN independent human rights experts have deplored the recent violent crackdown on civil society in Iran, calling on Wednesday for independent investigations into excessive use of force against protestors.

The six Special Rapporteurs were alarmed by the recent escalation of arbitrary arrests of teachers, labour activists, union leaders, lawyers, human rights defenders, and others.

Demonstrations have spread across Iran since early May, following the Government’s decision to cut subsidies on food items. At least five protesters have been killed as a result of excessive use of force by security personnel.

“The crackdown comes in the context of an extremely dire economic situation, which the authorities themselves have acknowledged. We recall that the Government is the primary duty-bearer in the protection and promotion of human rights, including by mitigating the impacts of sanctions,” said the experts.

Over the past year, the Iranian Teachers’ Trade Association has organized several nationwide demonstrations to protest working conditions and low wages, as well as the arrest of teachers and restrictions on public education for all.

Transportation workers’ unions joined protests held in several cities on 1 May, which is both International Workers’ Day and when Teachers’ Day is observed in the country.

More than 80 educators have been arrested or summoned, and the homes of several trade unionists and teachers raided.  None of the teachers were given access to a lawyer.

The Iranian authorities have claimed the arrests were due to the “infiltration of foreign-affiliated elements into the ranks of teachers and workers”, which threatens order and security in the country, the UN experts said.

Several prominent lawyers have also been arrested in the crackdown, some of whom face national security charges.

Demonstrations also erupted last month in Khuzestan province following the collapse of a 10-story building in the provincial capital, Abadan, which left more than 40 people dead and many more missing.

Protesters criticized the authorities for allowing the building to be constructed, despite expert assessments advising against it.

The Court of Appeals upheld the motion by the Interior Ministry to dissolve the NGO, which did extensive work on poverty alleviation.

The experts called on the authorities to address the underlying causes of the protests, and to ensure citizens can exercise their rights in peace.

“In the absence of meaningful channels of participation in Iran, peaceful protests are now the sole remaining means for individuals and groups to express themselves and share their grievances with the authorities,” they said.

“We are deeply concerned that first response by the authorities is that of security, involving the excessive use of force against protestors, with what appears to be an active policy to shield perpetrators and prevent accountability.”

The Special Rapporteurs who issued the statement were appointed by the UN Human Rights Council in Geneva.

They have individual mandates covering issues that include the situation of human rights in Iran, and the right to freedom of peaceful assembly, association, opinion and expression.

Special Rapporteurs report to the Council and operate in their individual capacity. They are not UN staff and are not paid for their work. 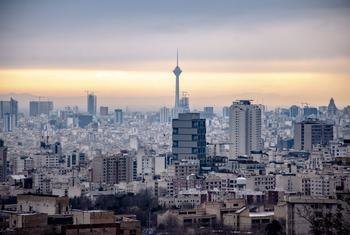