The head of the World Health Organization (WHO) announced on Tuesday that the International Health Regulations Emergency Committee has been convened due to the spread of the Monkeypox virus to 32 non-endemic countries.

The experts will meet on June 23 to assess whether the continuing outbreak represents a Public Health Emergency of International Concern, the highest level of global alert, which currently applies only to the COVID-19 pandemic and polio.

So far this year, more than 1,600 confirmed cases and almost 1,500 suspected cases of Monkeypox have been reported to WHO, across 39 countries – including seven countries where monkeypox has been detected for years, and 32 newly-affected nations.

What are the symptoms of #Monkeypox? Who is at risk and how can we protect ourselves? What is WHO's response? This and more.📹 WHO’s Dr.Rosamund Lewis, @PeopleDocGeneva, explains in Science in 5. pic.twitter.com/GFKgBaqPt6

"The global outbreak of Monkeypox is clearly unusual and concerning”, said WHO director Tedros Adhanom Gebreyesus, calling to step up the response and international coordination.

Ibrahima Socé Fall, WHO Deputy Director for Emergency Response, explained that the risk of spread in Europe is considered "high" while in the rest of the world "moderate" and that there are still knowledge gaps regarding how the virus is being transmitted.

"We don't want to wait until the situation is out of control”, he said.

WHO has published recommendations for governments regarding case detection and control.

Speaking to journalists in Geneva, WHO Smallpox expert Rosamund Lewis, said it was crucial to raise awareness in the population about the level of risk and explain the recommendations to avoid infecting close contacts and family members.

Dr. Lewis explained that, although the disease sometimes only produces mild symptoms, such as skin lesions, it can be contagious for two to four weeks.

“We know that it is very difficult for people to isolate themselves for so long, but it is very important to protect others. In most cases, people can self-isolate at home and there is no need to be in the hospital,” she added.

Monkeypox is transmitted through close physical contact with someone who has symptoms. The rash, fluids, and scabs are especially infectious. Clothing, bedding, towels, or objects such as eating utensils or dishes that have been contaminated with the virus can also infect others.

However, it is not clear whether people who do not have symptoms can spread the disease, the expert reiterated.

© CDC
A magnified image of a section of skin tissue, harvested from a lesion on the skin of a monkey, that had been infected with monkeypox virus.

WHO also published on Tuesday new guidelines on vaccination against Monkeypox.

While some countries have maintained strategic supplies of older smallpox vaccines - a virus eradicated in 1980 - these first-generation vaccines held in national stockpiles are not recommended for monkeypox at this time, because they do not meet the current safety and manufacturing standards.

Newer and safer (second and third generation) smallpox vaccines are also available, some of which may be useful for monkeypox and one of which (MVA-BN) has been approved for the prevention of the disease.

The supply of these new vaccines is limited, and access strategies are being discussed, WHO informed.

“At this time, the World Health Organization does not recommend mass vaccination. Decisions about the use of smallpox or monkeypox vaccines should be based on a full assessment of the risks and benefits in each case," the guidelines indicate.

For the contacts of sick patients, post-exposure prophylaxis with a second- or third-generation vaccine is recommended, ideally within four days of first exposure to prevent disease onset.

Dr. Lewis explained that most of the data on the smallpox vaccine is old or from animal studies. “There aren't a lot of [current] clinical studies”, she said.

WHO underlined the importance of vaccination programs being supported by comprehensive surveillance and contact tracing, and accompanied by information campaigns and robust “pharmacovigilance”, ideally with collaborative studies on vaccine efficacy.

Tedros also said the agency was working with partners on renaming Monkeypox and its variants, and also to put in place a mechanism to help share available vaccines, more equitably, as the need arises.

Regarding the current situation with the COVID-19 pandemic, Tedros said that both reported cases and deaths have decreased by more than 90 per cent, from the highs reached earlier this year.

“This is a very welcome trend. Still, more than 3 million cases were reported to WHO last week – and because many countries have reduced surveillance and testing, we know this number is under-reported”, he added.

In that period, 8,737 deaths were reported. Tedros called this an “unacceptable level” when they are effective tools to prevent, detect and treat this disease.

The WHO chief also called on countries to reach an agreement on the temporary exemption of intellectual property rights for COVID-19 vaccines, treatments and diagnostic tests during this week's World Trade Organization Ministerial Conference.

“As I have said many times, the waiver was created for use in emergencies. So, if not now, then when?” he said.

This request was echoed by the Special Rapporteur on Contemporary Forms of Racism, E. Tendayi Achiume, who called growing inequalities in access to immunizations a form of "vaccine apartheid".

"Given that those most harmed by vaccine apartheid are racially marginalized peoples, unequal access to COVID-19 vaccines and treatments within and between nations is undeniably a matter of racial injustice," she said.

"This injustice is compounded by persistent inequality of wealth, power and health resources between states, which can be traced back to transnational histories of racism and colonialism", she added.

In her letter to World Trade Organization members, the independent expert urged State representatives at this week’s Ministerial Conference to honour commitments and legal obligations for equality and non-discrimination enshrined in international human rights law.

“States must demonstrate the political will, leadership and firm commitment to racial equality that transformative change requires,” Ms. Achiume said. 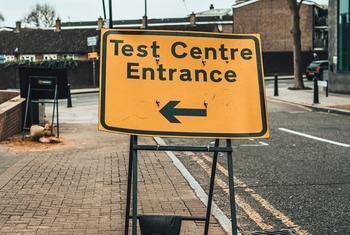 As a significant portion of the recently reported Monkeypox cases has been identified among gay, bisexual and other men who have sex with men, the Joint United Nations Programme on HIV/AIDS (UNAIDS) expressed concern on Sunday that some media reporting and commentary was reinforcing homophobic and racist stereotypes. 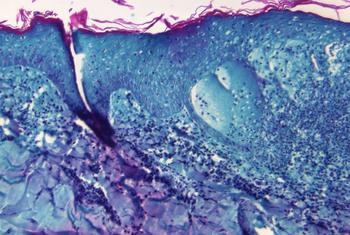 The World Health Organization (WHO) chief said on Wednesday that monkeypox infections in non-endemic countries have passed the 1,000 mark and the risk of it becoming established in some is “real”.