New funding from governments for fossil fuel exploration or production is simply “delusional” the UN chief warned on Tuesday, adding that it would only “further feed the scourge or war, pollution and climate catastrophe.”

António Guterres was speaking at the Sixth Austrian World Summit on the climate crisis, convened by the Austrian Government and former Governor of California and Hollywood actor turned climate activist, Arnold Schwarzenegger.

Mr. Guterres repeated his call for G20 leading economies to “dismantle coal infrastructure, with a full phase-out by 2030 for OECD countries and 2040 for all others.”

The energy crisis exacerbated by the war in Ukraine has seen a perilous doubling down on fossil fuels by the major economies.New funding for fossil fuels is delusional.It will only further feed the scourge of war, pollution &amp; climate catastrophe. https://t.co/ppM3pOaqna

He said renewable energy was “the peace plan of the 21st century” and called on fossil fuel finance to be abandoned wholesale, in favour of the green alternative.

And I call on all financial actors to abandon fossil fuel finance and invest in renewable energy.

The window to prevent the worst impacts of the climate crisis is closing fast, the UN chief warned, and to keep the 1.5-degree goal of limiting global warming within reach, emissions must be cut by 45 per cent by 2030, with net zero emissions by 2050.

“But current national commitments will lead to an increase by almost 14 per cent this decade”, he said, while, energy-related CO2 emissions grew six per cent just last year, “when they should be falling.”

Let me be blunt: most national climate pledges are simply not good enough. This is not just my view. Science and public opinion are giving timid climate policies a giant fail mark.

“We are witnessing a historic and dangerous disconnect - science and citizens are demanding ambitious and transformative climate action. Meanwhile, many governments are dragging their feet.

He said grave consequences would be the result, with nearly half the world’s population already in the “danger zone”.

And, at a time when we should all come together in the fight for our lives, senseless wars are tearing us apart”, he added. “The energy crisis exacerbated by the war in Ukraine has seen a perilous doubling down on fossil fuels by the major economies. The war has reinforced an abject lesson:  our energy mix is broken.”

The paradox, he said, is that cheaper, fairer and more reliable energy options should have been developed sooner, and faster, including wind and solar.

“Had we invested massively in renewable energy in the past, we would not be so dramatically at the mercy of the instability of fossil fuel markets.”

Solar energy and batteries have fallen in price by 85 per cent, over the past decade, while wind power has become 55 per cent cheaper.

“On the other hand, oil and gas have reached record price levels. And investment in renewables creates three times more jobs than fossil fuels”, argued the Secretary-General.

To counter today’s new economic shocks, he reiterated his five-point plan for action on renewable energy.

Third, reform the red tape that is holding back the renewable production revolution.

Fourth, a shift in energy subsidies from fossil fuels to renewable energy, while addressing the potential consequences for the most vulnerable.

And fifth, a tripling in investments in renewables.

World has ‘gambled on fossil fuels and lost’, warns Guterres 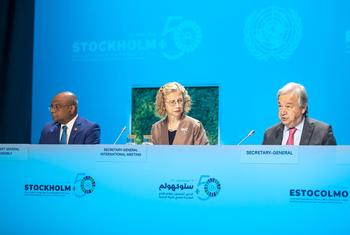 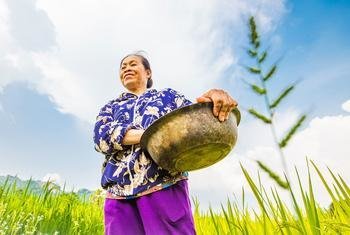 “This planet is our only home”, Secretary-General António Guterres said in his message for World Environment Day, to be marked this Sunday, warning that the Earth’s natural systems “cannot keep up with our demands”.