© UNHCR/Alessio Mamo
Refugees and migrants in a wooden boat are rescued near the Italian island of Lampedusa in the Mediterranean Sea.

Latest data visualisation figures from UNHCR, shows that there were 3,231 dead or missing at sea last year, a sharp rise from 2020.

We are concerned by a rising death toll at sea related to refugees and migrants crossing the Mediterranean to Europe.https://t.co/8SzbYb7qea

Last year’s shipwreck death toll is on a par with 2014, even though almost twice as many people crossed the sea to Europe eight years ago, when the exodus of those fleeing war in Syria, war was at its height.

The situation is a “widespread, longstanding and largely overlooked tragedy”, said UNHCR.

The UN agency noted that although some of those crossing the Mediterranean want a better life and better jobs, many are fleeing conflict, violence or persecution.

The most common countries of origin for people moving along Mediterranean routes include those affected by years of conflict and displacement, particularly in the East and Horn of Africa regions.

UNHCR Spokesperson Shabia Mantoo, told journalists in Geneva that in addition to the rising death toll at sea, the agency is concerned that “deaths and abuses are also widespread along land routes, most commonly in and through the countries of origin and transit, including Eritrea, Somalia, Djibouti, Ethiopia, Sudan, and Libya - where the overwhelming majority of risks and incidents are reported." 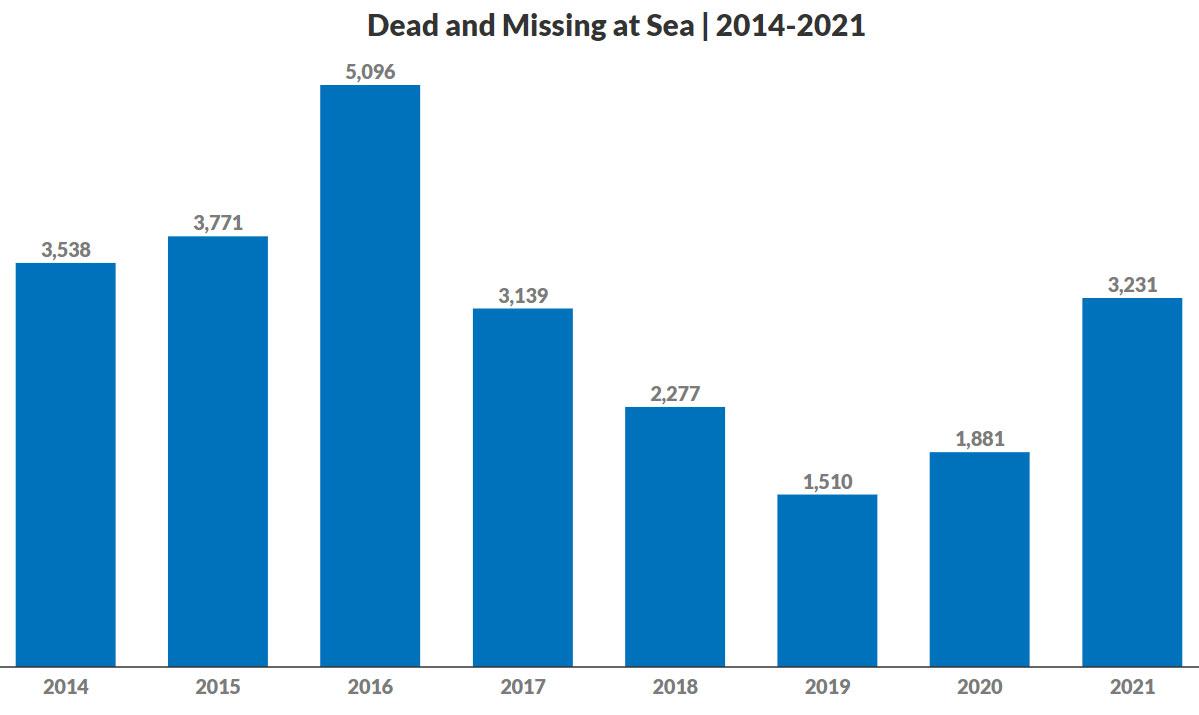 The No End in Sight visualization, shows that in 2014, more than 200,000 refugees and migrants moved from East and West Africa, to North Africa, an onwards to Europe, peaking in 2015, when more than a million reaches European countries.

Numbers gradually decreased in the following years, and ebbed further during the COVID-19 lockdown period. Despite measures implemented in 2020, smuggers have quickly adapted to find alternative routes to bypass official controls, said UNHCR. The flow has been increasing since 2021, suggesting a continuing upward trend.

Calling for more action to prevent deaths and protect refugees and asylum seekers who are embarking on these journeys, UNHCR released an updated protection and solutions strategy - and new funding appeal - earlier in April.

The appeal calls for increased humanitarian assistance, support and solutions for people in need of international protection and survivors of gross human rights abuses, said the agency’s Ms. Mantoo.

It covers around 25 countries across three different regions connected by the same land and sea routes which are used by migrants, asylum seekers and refugees.

“At the same time, UNHCR is urging States to ensure safe alternatives to dangerous crossings and to commit to strengthened humanitarian, development and peace action to address protection and solutions challenges”, the Spokesperson added.

UNHCR has joined other UN agencies to urge States to adopt measures ensuring that refugees and migrants retrieved at sea are disembarked in places where their lives and human rights are safeguarded.

© SOS Méditerranée/Fabian Mondl
Migrants are rescued off the Libyan coast in April by the NGO, SOS Méditerranée.
♦ Receive daily updates directly in your inbox - Subscribe here to a topic.
♦ Download the UN News app for your iOS or Android devices. 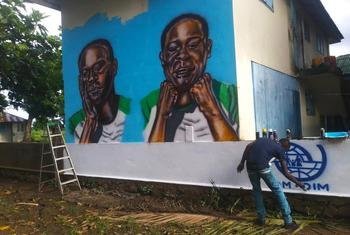 Amid growing insecurity and gang violence in Haiti, the numbers of desperate people resorting to risky sea crossings has sharply increased. On Friday the UN called for regional Governments to step up protection for refugees. 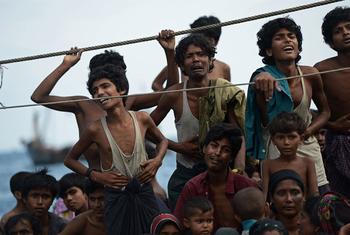