© UNICEF/Omid Fazel
Eight-month-old Ibrahim, who is suffering from malnutrition, has his arm circumference measured by a doctor at a hospital in Mogadishu, Somalia.

An “explosion of child deaths” is likely and imminent in the Horn of Africa unless the international community takes immediate action to prevent a new hunger disaster, UN humanitarians warned on Tuesday.

To illustrate continuing deep concern about emergency levels of malnutrition in Somalia and the wider Horn of Africa, UN Children’s Fund UNICEF reported meeting parents who had to bury their emaciated children by the roadside, as they trekked hundreds of kilometres to seek medical help.

News Release: Food insecurity and malnutrition are worsening across Somalia. The risk of famine is increasing amid a historic fourth failed rainy season. UN agencies are calling on the international community to act fast to avoid catastrophe: https://t.co/eIghGaunRF pic.twitter.com/ZHy8lMr1qX

The alert follows four successive seasons of failed rains in the east African region – a situation not seen in at least 40 years – which have left 386,000 children in acute need of lifesaving treatment for severe malnutrition in Somalia alone.

This is worse than in 2011, when famine claimed the lives of 250,000 mainly children in Somalia, explained Rania Dagash, UNICEF Deputy Director for eastern and southern Africa: “The lives of children in the Horn of Africa are also at an increased risk because of the war in Ukraine and I think it’s important to emphasise this, because Somalia alone used to import 92 per cent of its wheat from Russia and Ukraine, but now supply lines are blocked.”

As a direct result of rainy season failures and the Ukraine war’s impact on global supply chains, the cost of life-saving therapeutic food that UNICEF uses to treat children with severe acute malnutrition, is projected to rise by 16 per cent globally over the next six months.

This means that UNICEF will require an estimated additional $12 million more than expected for the Horn of Africa alone, Ms. Dagash explained.

In addition to calling on the international community to provide more funding for emergency assistance, UN humanitarians have stressed that what is also needed is investment in resilience-building measures, to save people’s livelihoods and prevent them from having to leave their homes, in search of food, water and healthcare.

“If the world does not widen its gaze from the war in Ukraine, and act immediately, an explosion of child deaths is about to happen in the Horn of Africa,” Ms. Dagash told journalists in Geneva.

The number of children facing severe acute malnutrition has increased by more than 15 per cent in the space of five months, the UNICEF officer explained via video link from Nairobi, adding that across Ethiopia, Kenya and Somalia, more than 1.7 million children are in urgent need of treatment.

Latest weather forecasts offer no reassurance either, as they suggest that the next October to December rains are likely to fail, too.

The likely outcome is yet more crop failures and the deaths of yet more livestock as water sources dry up.

© UNICEF/Omid Fazel
Rania Dagash, UNICEF Deputy Regional Director for Eastern and Southern Africa, (left) meets with a mother and her twins, who are suffering from malnutrition, at a health centre in Dollow, Somalia.

Some three million livestock have died since mid-2021, from drought and disease, according to the UN Food and Agriculture Organization (FAO).

These impacts of drought on livestock means that the decline in meat and milk production has led to worsening malnutrition, particularly among young children in pastoral areas who are dependent on local supply.

According to UNICEF, between February and May this year, the number of households without reliable access to clean and safe water almost doubled, from 5.6 million to 10.5 million.

To help communities resist ever more frequent droughts caused by climate change, UN teams and partners have had to dig even deeper wells than before, in some cases down to two kilometres.

The UN and its partners are also channelling limited resources into famine prevention projects.

“We’re assisting rural families to stay where they are by providing lifesaving cash transfers to purchase essentials such as food, water and medicine, as well as livelihood items,” said Etienne Peterschmitt, FAO Representative in Somalia.

The FAO representative noted that support required for 2022 for this lifesaving and livelihood safeguarding work “has not yet fully materialized, and hundreds of thousands of Somalis are at a very real risk of starvation and death”.

The latest analysis from the Integrated Food Security Phase Classification (IPC) platform shows that 7.1 million people, or 45 per cent of the country, are in IPC Phase 3 or “Crisis” or worse food security outcomes. Families in the most affected areas do not have enough to eat and are using crisis-coping strategies to stave off hunger.

Out of this 7.1 million, around 2.1 million people are in IPC 4 or “Emergency” level, which is signified by very high acute malnutrition and rising levels of death among children and adults.

Some 213,000 people are in IPC 5 - “Catastrophe” level - a 160 per cent increase in the number of people facing extreme lack of food, facing starvation death and destitution, since the last IPC report in mid-April. 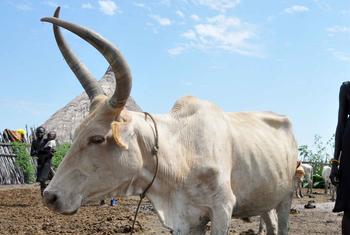 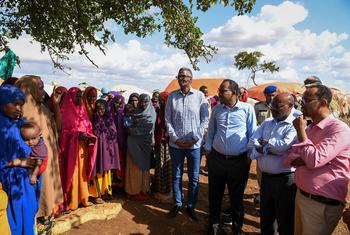